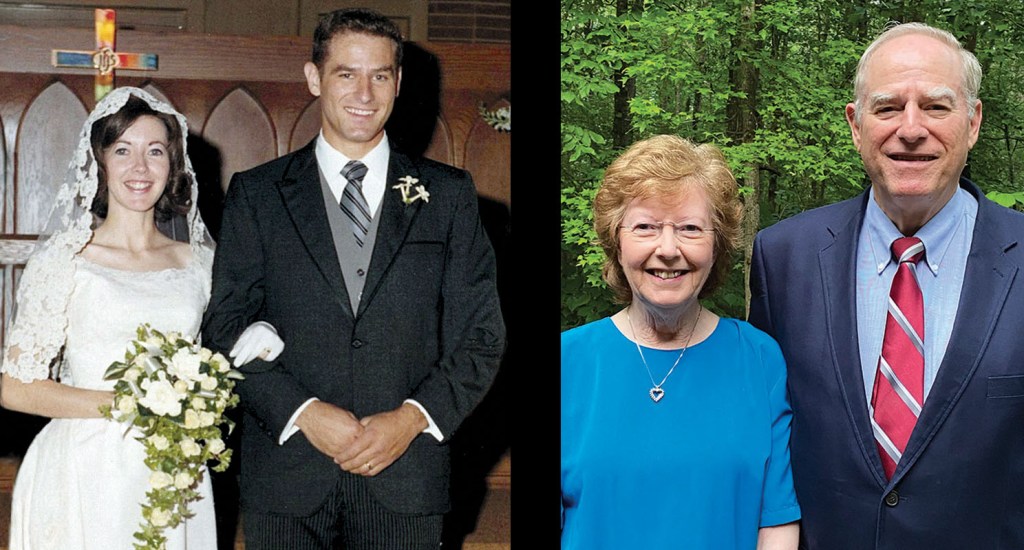 Ronald James Bowers and Libby Morrison Bowers of Salisbury celebrated their 50th wedding anniversary on June 14, 2020. The couple was united in marriage on June 14, 1970, by Rev. Joe E. Stowe at First Presbyterian Church in Monroe.
Ronald deployed to Vietnam and served as a Captain in the U.S. Army in 1971.  In 1972, he began serving as a Rowan County District Attorney. He was the Sr. Asst. District Attorney from 1977-1991. He has been an attorney in private practice since 1991. Libby was an elementary school teacher from 1970-1972, a homemaker from 1973-1986, and a part-time ESL teacher at Rowan-Cabarrus Community College from 1986-1991. She has been the Office Manager for the Ronald Bowers law firm since 1991.
The couple has two daughters, Katie Bowers Bogle and husband, Pete, of Salis bury, and Susan Bowers Bolden and husband, Josh, of Winter Park, Fla. They also have five grandchildren: Daniel Bolden, Abby Bogle, Ashley Bolden, Hannah Bogle, and Ryan Bolden.
The couple celebrated with a week-long trip to Holden Beach with all of their children and grandchildren, followed by a virtual Zoom party with extended family members on Sunday, June 14, 2020.