MONTGOMERY COUNTY — Rowan County Sheriff’s investigators say a Salisbury woman who was reported missing after she went camping six days ago has returned home safely and is no longer listed as missing in the National Crime Information Center (NCIC).

Amber Nicole Torrence, a 34-year-old white female, of 5207 Agner Drive was described as being 5 feet, 1 inch in height, weighing 102 pounds, with dark brown hair, and brown eyes. She has several tattoos, with one being a chain around her ankle and another one being a sunflower on her lower leg. Torrence left operating her 2008 Nissan Xterra, which was white in color with black trim, displaying a NC Tag # of BAZ7932.  Her vehicle has a large white Bigfoot decal on the back glass. 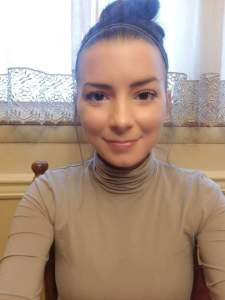 She was reported as being missing June 11 at about 10:30 p.m. by her grandmother, who Amber lives with. The grandmother reported that Amber left this past Saturday, June 6, at about lunchtime to go camping at the Uwharrie National Forest in Montgomery County. Torrence advised she was going camping with someone, but did not provide information as to who it was, or any information as to the exact location of where her campsite would be.  The grandmother said Torrrence is an avid camper and has been camping in the Uwharries many times. She left with a camping-style backpack with extra clothes, wallet, money, food, water and other various camping items.

The Montgomery County Sheriff’s Office, U.S. Forestry Service and other search and rescue personnel were called in to assist with the search.