GRANITE QUARRY—  The most anticipated pitching matchup in the history of Rowan County high school baseball occurred on Tuesday, May 8, 1962, at East Rowan’s field.

Two devastating pitchers, both born in 1944, locked horns. A crowd estimated at 1,000 watched the game unfold on a sun-baked day. It was thought to be the largest crowd involving a Rowan high school baseball team since Boyden beat Wilmington in the 1955 3A state championship game.

The duel in the sun would prove to be a turning point, a fork in the road, for East’s and West’s baseball programs. The game would live up to the hype. Only six balls were hit out of the infield. From first pitch to final out, the contest required a mere 1 hour, 27 minutes.

To put the game in historical perspective, it took place one day before The Beatles signed their first recording contract. It was also one day before the U.S. Department of State agreed to issue a visa to Marina Oswald so that her husband Lee Harvey Oswald could return to the United States. 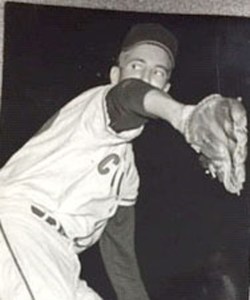 Other than their left-handedness, a trait shared by an extraordinary percentage of great hurlers, and the fact that they both went by their middle names, West Rowan’s Donald Heglar and East Rowan’s Dale Lefler didn’t have a lot in common. At least not physically. Lefler was 5-foot-8, maybe 5-9 on a good day. Heglar stood 6-4 and was a favorite of pro scouts. They got it done on the mound in different ways, but both dispatched a ton of  frustrated hitters back to dugouts. 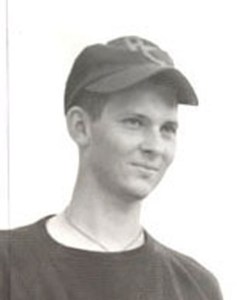 West Rowan opened in the fall of 1959, played its first baseball season in the spring of 1960, and was a dominant program immediately. Powerful West hurler Barry Moore, who was born in 1943, would go on to a six-year career in the big leagues. Heglar came right behind Moore.

Seasons started later and teams played far fewer overall games in those days. They played fewer conference games. There was one league matchup per season, not a home-and-home series.  One pitcher frequently handled a high percentage of the workload. An ace pitcher would work on Tuesday and head right back to the mound on Friday.

East also opened in the fall of 1959 and debuted in baseball in the spring of 1960. The Mustangs were solid their first two years, just not as good as West. They were conference runners-up in 1960 and had a winning record and tied for third place in 1961.

Both programs were terrific in 1962. East had a new head coach, Burl Morris, a Concord High graduate who had been captain of the Spiders’ baseball and football teams. Morris had been a catcher for East Carolina’s 1961 NAIA national champions the year before he came to East. He was just 24 years old in the spring of 1962. After a long career in education, he passed away in 2016.

Lefler was equally in control — zero earned runs allowed — as East kept pace with the Falcons.

Not only had neither Heglar nor Lefler allowed an earned run as their head-to-head showdown loomed in the next-to-last NPC game, both southpaws had fired a pair of no-hitters. That helps explain the magnitude of the crowd for their matchup.

East got the first hit. Leading off the bottom of the first, Bobby Gulledge lined a Heglar pitch cleanly into left field, but the Mustangs couldn’t score.

In the fourth, East did score. Lefler crossed the plate with the run. He walked on a 3-and-2 pitch and raced from first to third when Oddis Poole bunted up the third-base line. That aggressive base-running play put momentum on East’s side, and Heglar made a rare mistake. Dean Kluttz hammered a double to right-center to score Lefler. The Mustangs led 1-0.

In the sixth inning, Heglar got the first hit for West, a flyball that dropped near the left-field line. He stole second base. He had third base stolen, as well, but when he over-slid the bag, Poole tagged him out.

There was drama in the top of the seventh after Lefler got the first two Falcons out. Dick Coulter got a hit and Lefler walked a batter, but then he ended the game with a strikeout, and he and his teammates carried Morris off the field.

West would still be good in baseball through the 1960s and into the 1970s, but would win only one conference title (1969) in the decade following that 1962 setback.

East, on the other hand, was headed for really big things and would come to be regarded as the county’s baseball school.

Lefler shut out Children’s Home, striking out 15 batters, to close the regular season and clinch conference honors. East had an 8-0 NPC record and finished a game ahead of West for its first NPC title. Over the next 13 years, East would field championship teams guided by Morris in 1964 and 1966 and by Phil Harbinson in 1968, 1970, 1972 and 1975.

After the epic win against West Rowan, Lefler owned a 7-0 record with 103 strikeouts. He had allowed 14 hits for the entire season.

After a Friday rainout. Morris gave Lefler the ball on a Monday for the 1962 Piedmont championship game against South Piedmont Conference winner A.L. Brown and ace hurler Grey Clarke, a fireballer who had  helped propel the 1961 Kannapolis American Legion team to the state championship. East’s game against the Wonders was played at Newman Park after approval by Wilburn Clary, who guided the WNCHSAA from 1949-77. A lot of people paid $1 to see it.

East couldn’t do anything with the bats against Clarke, but scored two scratchy runs and won 2-1.

Both runs came in the bottom of the sixth. Errors put two men on base with one out, and Morris started giving the bunt sign to everyone.

The pivotal play was a bunt toward third. A.L. Brown third baseman Johnny Webb fielded the ball, and tried to whirl and tag Gulledge, who was sliding into third, but Gulledge was ruled safe.

The Wonders scored a run in the seventh with the help of an error and had the bases loaded, but Lefler surprised Bobby Compton with a 3-and-2 changeup for the strikeout that ended the game. Then the little lefty got a victory ride off the field on the shoulders of his teammates.

The game got so nerve-wracking that Morris, the young coach, mentally lost track of an inning. He thought it was only the sixth when Mustangs started swarming Lefler. It was only after they hoisted Lefler on their shoulders that Morris realized the game was over. It was a happy realization.

Clarke struck out 13 Mustangs. Lefler whiffed 11 Wonders, threw a three-hitter and still had not been charged with an earned run.

Local baseball history might have been different if that East-A.L.Brown game hadn’t been postponed several days by rain.

East played at Cherryville in the WNCHSAA title game 24 hours later. Lefler was going to pitch on zero days rest, but he couldn’t go. The Post reported that he was ill.

East got down 4-0 against Cherryville ace Steve “Chew” Watts.

Poole hit a solo homer for East, but the Mustangs trailed 5-1 after five innings.

The Mustangs closed the gap to 5-4 with a rally in the sixth, and Lefler came in to pitch the bottom of the sixth. He worked a 1-2-3 inning with two strikeouts.

East got two men on base in the seventh, but then Watts struck out three in a row.

East’s first season of baseball glory ended in Cherryville, but Lefler’s 116 strikeouts, 8-0 record and 0.00 ERA in 1962 remain in the record books.

The story wasn’t quite over.

In the summer of 1962, Lefler and Heglar were teammates at Newman Park on the local American Legion baseball team, the first one to play under the banner of Rowan County.

Lefler threw the first pitch for Rowan County that summer, and he and Heglar formed a powerful 1-2 punch. Rowan won its division, ending a long reign by Kannapolis, before losing in the Area III championship series to Asheboro.