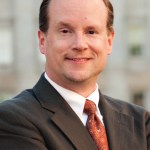 RALEIGH — While announcing a cumbersome set of guidelines for schools to reopen in August, Gov. Roy Cooper pointedly made no promises about whether he will, in fact, allow North Carolina’s schools to open at all. Citing a recent rise in COVID-19 hospitalizations, Cooper even raised doubts about the fate of his phased-reopening plan, already molasses-slow by regional standards.

To borrow a phrase: let me be clear. Our schools will reopen this fall. And Cooper should not attempt a second shutdown. North Carolinians won’t allow it.

Back in March, as the coronavirus crisis was unfolding, most people were willing to stay at home, sometimes at significant cost in incomes and freedom, as a temporary measure. Indeed, GPS-based mobility data show that North Carolinians began doing so in mid-March — before Gov. Cooper ordered issued his stay-at-home order.

They believed the governor when he said the goal was to “flatten the curve,” to ensure that COVID-19 hospitalizations did not overwhelm the health care system like in southern Europe or New York City. By mid-April, visits to North Carolina’s business establishments had fallen by an average of 50% below the pre-COVID baseline. For sectors such as hospitality and leisure, the stay-at-home effect was far larger.

Then things changed. For North Carolinians, sheltering at home temporarily meant, at most, a few weeks. They started moving around more. Some returned to their workplaces. Again, people were voting with their feet before Cooper initiated his phase one in early May. Naturally, as more businesses could legally reopen, the trend intensified. By May 20, foot traffic was at 30% below normal. It is now 20% below normal and will likely continue to improve.

If Cooper attempts to halt or reverse this process, he’s in for a rude awakening. North Carolinians aren’t going to put up with it a second time.

They watched as the original flatten-the-curve rationale morphed into a claim that North Carolinians should stay at home until it is “safe,” which most properly view as a preposterous standard.

They watched as Cooper issued edicts allowing people to go to shopping malls on Sundays but not to churches. They watched a federal judge strike down Cooper’s policy as unconstitutional.

They watched as other states began to reopen, political activists and nation media figures predicted public-health catastrophe, and the predictions turned out to be wildly off the mark. They watched as neighboring states such as South Carolina, Tennessee, Georgia and even Virginia adopted broader and faster reopening plans, again with no catastrophic upswing in adverse health outcomes.

They watched as the “distance learning” provided to North Carolina schoolchildren this spring proved to be largely ineffectual. They also watched as the coronavirus pandemic left children virtually unscathed, and the empirical evidence showed children are not a significant source of infection to others.

They watched progressives try desperately to draw a distinction between the two events by citing the use of masks. Then North Carolinians remembered that just weeks earlier public-health experts had said cloth masks reduced transmission risk only somewhat, since viruses are microscopic.

North Carolinians watched the crowds scream and chant for hours on end, for days on end. They watched many of the same “public-health experts” clown themselves by issuing a political statement in support of mass gatherings as long as they, the experts, agreed with the political cause in question. And they watched as Roy Cooper walked in solidarity past a protesting crowd, his mask dangling uselessly from one ear, surrounded by unmasked aides.

The governor has arrogated to himself the unilateral authority to shut down indefinitely large swaths of economic and social life. He’s already overstepped his legitimate powers. I truly hope he doesn’t try it, again.

John Hood is chairman of the John Locke Foundation. Email him at jhood@johnlocke.org.

It is time that the Confederate monument downtown known as “Fame” be moved. It has become a lightning rod for... read more