KANNAPOLIS — A Kannapolis man faces felony charges related to a vehicle chase after he allegedly made a turn opposite to his turn signal and then proceeded to drive erratically before coming to a stop. 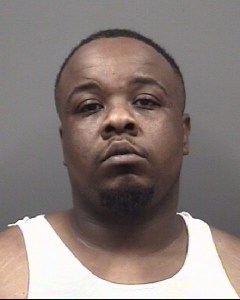 Deputies were conducting a “saturation patrol” on Monday and encountered a Dodge Charger around 8:30 p.m. at the intersection of Ervin Woods Drive and South Enochville Avenue. The deputy pulled behind the vehicle, whose license plate showed Texas registration, said Rowan Sheriff’s Capt. John Sifford.

The driver failed to stop at a stop sign and passed several vehicles in a no-passing zone, Sifford said. A deputy coming in the opposite direction was forced off the road near Dale Earnhardt Boulevard.

The driver allegedly traveled through a red light at Dale Earnhardt Boulevard and then traveled onto Mooresville Road where another deputy had the intersection blocked. The driver struck the patrol car, causing $1,000 worth of damage.

The driver didn’t initially comply with commands to exit the vehicle. And the deputy used his baton to tap on the window to break it. The window did not break, Sifford said, but the driver opened the door and got out of the car.

Deputies searched the car and found money in the center console and in one of Neal’s pockets. The total amount of the money that was found was $6,971, Sifford said.

He was issued a $10,000 secured bond and has since been released from the Rowan County Detention Center.