SALISBURY — A Kernersville man who was accused nearly two weeks ago of firing a gun during a peaceful protest was arrested on a felony inciting a riot charge.

Jeffrey Alan Long, 49, was taken into custody on Friday around 12:30 p.m. at the Rowan County Magistrate’s Office. The Rowan County Sheriff’s Office served the warrant on behalf of the Salisbury Police Department. 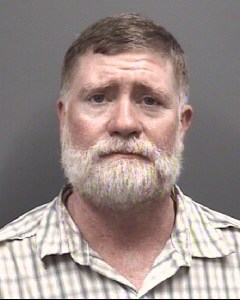 He was issued a $20,000 secured bond, which has since been posted. The Salisbury Police Department charged Long with inciting a riot on June 3, a charge that came several hours after police charged another man, Harvey McCorkle III with the same offense.

On Sunday, May 31, Long was spotted by police removing a handgun from his waistband and firing at least two shots into the air as peaceful protests took place at the intersection of West Innes and North Church streets, near the Confederate statute “Fame.”

Long was standing with supporters of the monument and is a member of Confederate groups. A local group that said it was protecting the statue, however, said he was not associated with them.

Long was apprehended by police and charged May 31 with discharging a firearm within city limits and two counts of misdemeanor carrying a concealed pistol/gun.

Police said they found two firearms on Long — in his waistband and an ankle holster. He was later charged with misdemeanor possession of a weapon at a parade.

McCorkle was arrested June 4 and has since been released on bond.