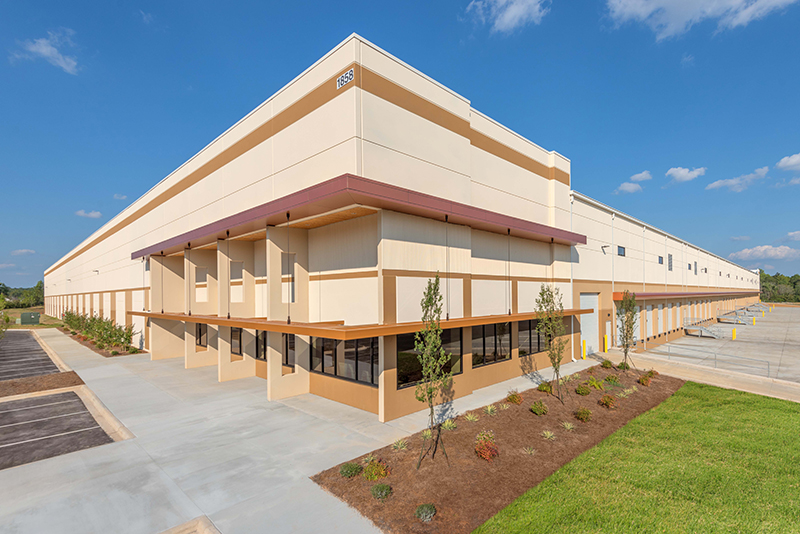 Photo submitted - The speculative building into which Prime Beverage plans to move on Kannapolis Parkway.

The beverage co-packing company will locate its operation in an existing speculative building at 1858 Kannapolis Parkway in Kannapolis. It previously received five-year tax incentive approvals from Cabarrus County commissioners and the Kannapolis City Council. The combined local tax incentive grant amount is estimated to be $2.54 million over five years.

“Companies of all kinds find North Carolina the ideal location to innovate new products and serve new markets,” Cooper said in a news release. “Prime Beverage Group’s choice of our state showcases our readiness to overcome the impact of the pandemic and move our economy forward.”

Prime Beverage Group contracts with brand-name beverage companies to mix and package their canned drinks. A news release said it will establish a full-service, state-of-the-art production facility in Kannapolis. The 300,000-square-foot facility will include a warehouse and high-speed manufacturing lines to produce various products. With new packaging technology, Prime Beverage can fill up to 1,500 cans per minute.

“Utilizing the latest innovations in technology and high-speed equipment, Prime Beverage Group will bring much-needed capacity at the highest efficiencies with the lowest cost to the co-packing market.” said Jeremy Lantz, CEO of Prime Beverage Group. “The decision to locate here in Cabarrus County is a reflection of the community of Kannapolis and the workforce that lives here and in the surrounding communities. Prime Beverage Group is excited to make Kannapolis our home.”

Kannapolis Mayor Darrell Hinnant said the city looks forward to assisting the company as it begins operations. The average salary for new positions could exceed $65,900, a news release said.

“We are appreciative of their significant investment and the 231 good paying jobs they are bringing to our city and county,” Hinnant said.

Among the positions Prime Beverage will add in Kannapolis are technicians, sales, operations and managerial personnel. The company expects to begin hiring in the fourth quarter of this year.

“We’ve created an infrastructure that supports job growth,” said Cabarrus County Board of Commissioners Chair Steve Morris. “In particular, our focus on workforce development is a long-term investment in our community. We are proud to welcome Prime Beverage Group and appreciate their recognition of these efforts.”

Prime Beverage’s project in North Carolina will be facilitated, in part, by a Job Development Investment Grant approved by the state’s Economic Investment Committee Tuesday. Over the course of the 12-year term of this grant, the project is estimated to grow the state’s economy by nearly $1.2 billion, a news release said. Using a formula that considers the new tax revenues generated by the 231 new jobs, the agreement authorizes the potential reimbursement to the company of up to $2.43 million spread over 12 years. State payments only occur following performance verification.

Because Prime Beverage chose to locate in Cabarrus County, classified by the state’s economic tier system as Tier 3, the company’s JDIG agreement also calls for moving as much as $810,000 into the state’s Industrial Development Fund – Utility Account, which helps rural communities finance necessary infrastructure upgrades to attract future business.