Red Hot Mamas rake in more than $6,000 for the other RHM in town 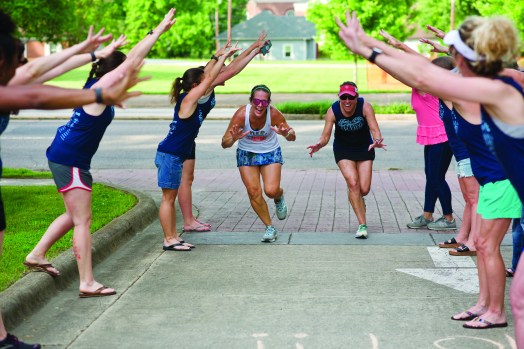 Carl Blankenship/Salisbury Post - Meredith Abramson and Delaine Fowler, the last runners in the relay, were greeted by a tunnel of other Red Hot Mamas as they finished on Saturday. 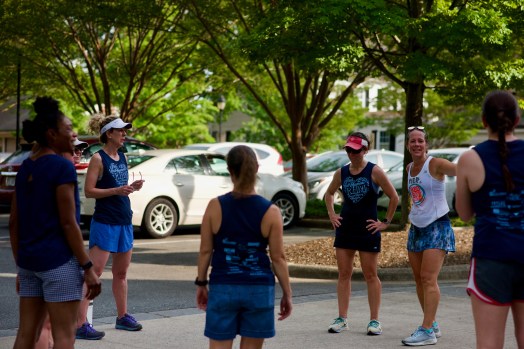 Carl Blankenship/Salisbury Post - The Red Hot Mamas took some time to catch up after the relay ended.

SALISBURY — Coincidence or fate led the Red Hot Mamas to the beneficiary of the running group’s 24-hour relay. Rowan Helping Ministries conveniently shares an acronym with the group.

The race ran from Friday to Saturday, and the idea was to hold the race to get the group running again and raise some money for a deserving local organization during the pandemic.

“When you visit there and volunteer, you can tell every dollar is very considerately spent,” ‘RHM runner and organizer Delaine Fowler said. “To be able to give to an organization like that, you know it is going right to the people who need it. We know that even now we are probably going to have even more people laid off from their jobs for a little while, and that’s going to mean people don’t have their bills paid. They’re going to need help.”

The runners did not have a final total on Saturday, but the run raised more than $6,000 and had about 35 runners participate. A few people rode bikes instead.

The run began at 6 p.m. on Friday, but took a hiatus during the curfew hours, rerouted the run outside of town and finished up at 6 p.m. on Saturday. Runners were also in pairs and spaced out to adhere to social distancing guidelines. The 6-mile run took about an hour per runner, who would then tag off to the next.

The runners were happy to be able to do it despite the challenges that come with a pandemic and a curfew.

“We worked hard to get people to commit to this date,” Organizer Nichole Towns said. “Running, especially during this time, and being able to run with people I really care about and talk to, that’s one of the socially distanced things we can do, and that’s been really powerful to get me through this time as healthy as possible.”

The run was planned well before Salisbury placed a curfew on a large part of downtown after a protest escalated on Monday night. The base for the run was the parking lot of First Presbyterian on West Innes Street, just outside of the curfew area.

Red Hot Mamas started in 2010 when 12 women from Salisbury ran the Blue Ridge Relay, a grueling race which runs from Boone to Asheville. Since then it has grown considerably, and a few men have trickled into the group in recent years.

Abramson said the group is less concerned with pace and finishing times than supporting each other.

Abramson and Fowler were the last runners to cross the finish line on Saturday. They were greeted by a cheering crowd of other red hot mamas.

“It went better than expected, honestly,” Abramson said just after finishing the race. “I think that has a lot to do with the women and men that we hang out with. Everybody is super giving, super supportive. Three weeks ago or so we sent the email and this is what happened because of it.”