Rowan County’s jobless rate in April was 14.4%, according to N.C. Department of Commerce figures released this past week.

Cabarrus County’s unemployment rate was 12.3% after being at 3.9% in March.

The unemployment rates were not seasonally adjusted and increased in all 100 of North Carolina’s counties in April.

Bertie County had the lowest rate at 6.4%. Rowan ranked 83rd and Cabarrus 55th by county, with Dare County having the highest unemployment rate at 24.5%.

All 15 of the state’s metro areas experienced rate increases. Among the metro areas, Hickory-Lenoir-Morganton had the highest rate at 17.6 % and Durham-Chapel Hill and Greenville each had the lowest rate at 9.5%. The April not seasonally adjusted statewide rate was 12.5%.

The state unemployment rate for May will be released June 19. 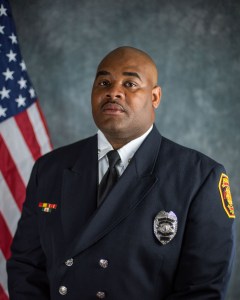 Williams joined the department in 2009 and has most recently served as a Fire Engineer for the past five years. Originally from Wilson, heis a graduate of James B. Hunt High School and Catawba College, earning a bachelor’s degree in sports management. Williams is also a North Carolina-certified Fire Officer II and Fire Instructor I. He was honored by his peers as Rookie of the Year in 2010. He lives in Concord with his wife, Yashica, and they have two children, John and Kamden. 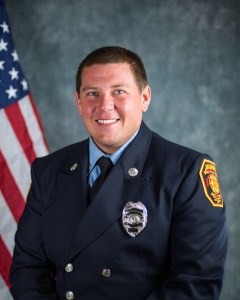 Glisson joined the department in 2012 and has served as a Fire Engineer since 2015. He is a graduate of South Davidson High School and is a North Carolina certified Fire Officer I and Fire Instructor I.  Glisson lives in Denton with his fiancé, Brianna, and son Joshua.

SALISBURY — Food Lion customers have the opportunity to make a much-needed difference in their neighbors’ lives by making a $5 donation to Feeding America and 30 of its member food banks through the new “Summers Without Hunger” campaign.

Campbells, Hormel, Kellogg’s, Pepsi Co., Seald Sweet and Tyson will each donate up to 250,000 units of their products to help fight hunger.

To participate, customers take a backpack-shaped hangtag through June 30 and hand it to the cashier at checkout, or you can select the item while placing a home delivery or pickup order. Food Lion Feeds will then donate that $5 to the member food bank closest to the store. Each $5 donation triggers a product donation from the participating vendors.

“At Food Lion, nourishing our neighbors is at the core of everything we do, and we’re excited to offer customers who are able to join with us in the fight against hunger another way to care for the towns and cities we all call home,” said Jennifer Blanchard, director of community relations for Food Lion. “We sincerely appreciate these six great vendors for partnering with us.”

“The Feeding America network continues to experience an increase in demand for food assistance resulting from the COVID-19 crisis. We are thankful to Food Lion, its suppliers and consumers for their generous support of member food banks across the Southeast,” said Lauren Biedron, vice president of corporate partnerships at Feeding America.

To help kick off the campaign and address the need food banks are facing, each of the six participating brands made significant donations to local food banks:

Food Lion has donated more than 500 million meals to individuals and families since 2014, and has committed to donate 1 billion more meals by 2025.

For more information on Food Lion Feeds’ commitment to fight hunger in the towns and cities it serves, visit www.
foodlion.com/feeds.