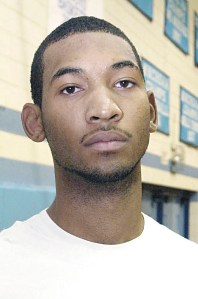 No details were available on the accident, but West Rowan boys basketball coach Mike Gurley relayed the news to the Post on Thursday.

“Wesley played really hard, he was a good soul, and he’s gone too soon,” Gurley said.

The 6-foot-6 Turner played on the varsity for the Falcons for four seasons.

He played some as a freshman at West during the 2002-03 season when the Falcons were 31-0, won their second consecutive 3A state championship and stretched their winning streak to 61 games.

“I thought it would benefit him more practicing against Junior Hairston, Phillip Williams and Jason Williams in practice every day than playing with the jayvees,” Gurley said.

Turner averaged 5.1 points as a sophomore in 2003-04. That’s the season after West graduated a lot of stars and lost 111-59 to Oak Hill on opening night to end the long streak.

“I remember Wesley hitting a 3-pointer to cut their lead to about 50 and leaving his arm up all the way down court,” Gurley said.

That was a teachable moment for Gurley.

Turner averaged 7.0 points as a junior and was starting to find himself. He scored 14 points to lead the Falcons in a playoff loss to Concord.

“He made a game-winning 3-pointer against North Iredell that was huge for us,” Gurley said. “As soon as it went up, we all knew it was in. We started walking toward Shoney’s.”

Turner averaged 10.8 points as a senior. In back-to-back games, he scored 25 to lead a West win against Salisbury and 24 to lead the Falcons past South Rowan. In a playoff loss to Parkwood in his final high school game, Turner scored 18 points.

He finished his West career with 561 points, including 271 his senior year.

He went on to play at Georgia State and contributed as a freshman. His best game was against Iowa when he made three of his four field-goal atempts.

Salisbury linebacker Jalon Walker (Class of 2022), a four-star prospect, has received a scholarship offer from the University of Oregon Ducks. Walker has 19 major offers.

CHAPEL HILL — The  NCHSAA  recognized two graduating senior athletes who have been highly successful throughout all four years of their high school careers on an individual level with four-time champion awards.

The NCHSAA annually provides recognition for senior athletes completing their eligibility that have won the same individual event state championship in all four years of their career. This year there are two athletes that meet the criteria for this award, Jenna Thompson from South Mecklenburg and Emme Nelson from Community School of Davidson.

Thompson claimed her fourth consecutive 4A tennis singles championship, making her the first person to win the 4A women’s title in all four years of high school eligibility. She joins a handful of other players in achieving this feat in other classifications. She was the first women’s tennis athlete from South Mecklenburg to win an individual state championship.

Emme Nelson achieved the criteria for this award twice during her four-year career at Community School of Davidson. Nelson won four consecutive individual swmming state championships in the 200 Individual Medley and the 100 breaststroke.

She is the current 1A/2A State Meet record holder in both events.  Nelson was selected as the Most Valuable Performer at the 1A/2A State Championship Meet in all four years of her career.

“These young women are models of dedication, passion and drive,” said NCHSAA commissioner Que Tucker. “They have worked hard over the course of their careers and that hard work has placed them in a truly elite category of high school athletes.”

Sports Legends: Van Kelly got the most out of…