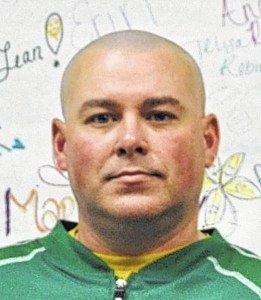 Norton, 47,  was the athletic director at Pine Forest High in Fayetteville. He was honored very recently with the 2020 Stuart Scott Courage Award by HighSchool OT.

First diagnosed in 2016, Norton had waged a long, courageous battle with cancer.

Norton coached three sports for many years at Richmond High in Rockingham before becoming AD at Pine Forest in 2015.

Norton made two 52-yard field goals for Catawba in 1994, against Gardner-Webb and Liberty. Those are still the second and third longest in program history.

Norton earned first team All-South Atlantic Conference honors as a punter and placekicker in 1994 and was a third-team All-America placekicker.

Norton was a member of Richmond’s 1988 and 1989 state champion football teams and was a coach on the 2008 state champs.

He coached baseball, football and basketball at Hamlet Middle School from 1997-2004.

Kevin Norton followed his father to Catawba and became a starting offensive lineman for the Indians. He was a senior during the 2019-20 school year.

Jason is also survived by his wife, Lauren, and his youngest son, Jase.