A cut to the transit service to Spencer and East Spencer was initially recommended by City Manager Lane Bailey primarily because neither town contributes to the cost of using the service. Additionally, some places in Salisbury don’t have access to the bus routes. But Bailey now says he’s not recommending the cut and plans to instead reduce an existing general fund transfer by using money from federal CARES Act.

The Federal Transit Administration recommends using the CARES Act funds quickly, but the council was presented four different scenarios for using the funds, with three extending the funds until 2022.

The first scenario, which is recommended by the FTA, would spend all $959,697 by December. The second scenario suggests spending $368,644 for the rest of 2020 and spreading the remaining funds over 19 months. The third scenario would draw the funds evenly over 24 months. The fourth scenario would draw down fiscal year 2020 funds, which lasts until June 30, and then the remaining funds would match the fiscal year 2021 budget.

Mayor Pro Tem Al Heggins reiterated her initial support for honoring the funds until January 2022 to ensure the service.

City Councilman David Post suggested Spencer and East Spencer apply for the pool of CARES Act funding still available so that they can reimburse the city of Salisbury for the transit service. Heggins told the council there’s no guarantee the cities could obtain funding because it’s competitive.

A vote can be taken at a later date for any scenario because each fit into the recommended budget. Council members did express concern with the risk of losing future funds if the current amount isn’t spent quickly enough.

During the public comment period, East Spencer Mayor Barbara Mallett expressed the service being “a necessity” for hundreds of East Spencer residents, including senior citizens, individuals with disabilities and head start staff and children.

Another public speaker, John Schaffer, suggested diverting tax revenue that would have been collected from the city recycling service to “more contributing city services,” such as more traffic control, fair housing, bus schedules and small staff raises. But Post said the city won’t receive that revenue to use elsewhere since it’s a tax added onto residents’ utility costs that is being cut.

Also at the meeting, more than a dozen people spoke during the public comment period. While most centered on the discussion regarding relocating the “Fame” Confederate statue, a couple individuals spoke regarding more outside seating downtown.

Alyssa Sides said implementing more outside seating downtown would benefit restaurant workers and small business owners as more employees would be able to return to work. She added that it would “lift some spirit, as well.”

Mary Rosser echoed Sides’ remarks, adding that she’s in support of closing some downtown streets to provide the outside seating as it would “create a look and a feel downtown that we could all use right now.”

The Salisbury City Council met virtually for its regular meeting on Tuesday at 6 p.m. Video archives of the meeting can be viewed at vimeo.com/cityofsalisburync.

Also at the meeting, the Salisbury City Council:

The council approved 100% of the funding to go toward public service agencies that provide support for low-to-moderate income individuals and families affected by COVID-19, with $6,984 set aside for future needs as they arise.

The city received nine applications for funding. Recommendations include $25,500 for Rowan Helping Ministries; $20,000 for One Love Community Services Inc., a mental health and substance abuse agency to which the United Way has also allocated funding this year; $13,036 to Meals on Wheels Rowan; $9,780 to the Community Care Clinic of Rowan; $5,000 to Gemstones and COMPASS Leadership Academy; and $5,000 to Power Cross Ministries.

Other applications still under consideration include $46,800 to Salisbury Community Development Corporation, $31,850 to the Gateway Freedom Center and $5,000 to Hood Theological Seminary. Community Planning Services Director Hannah Jacobson said once more information is obtained, it could be returned to the council for approval.

• Approved a right-of-way encroachment at Lincolntown Road and Jake Alexander Boulevard to install directional board duct and fiber-optic cable.

• Approved multiple budget ordinances, including a $500,000 in grant funding from the Office of Justice Programs Strategies for Policing Innovation; $45,802 in grants and donations for the Dixonville-Lincoln Memorial Project; $25,750 in revenue for the Public Art Committee; and $18,000 in grants received for the police department. 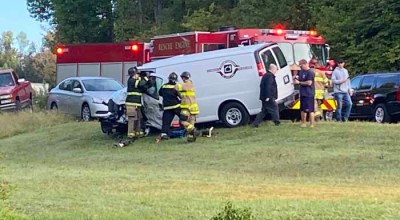