Latest protests in Salisbury peaceful as many speak out about injustices 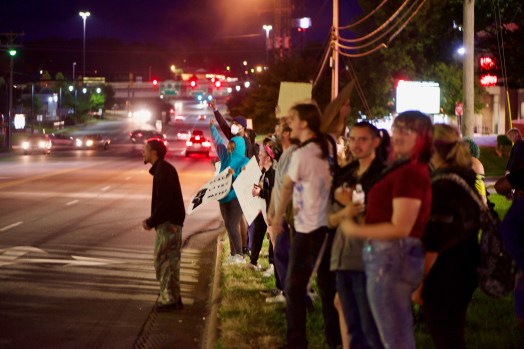 Carl Blankenship/Salisbury Post - Protesters standing on the side of the road on East Innes Street. Many of the cars driving by honked in approval for the demonstrators. 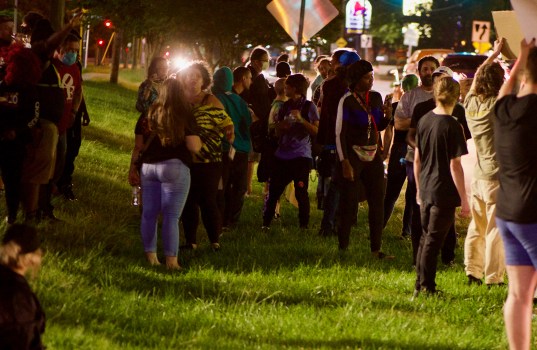 Carl Blankenship/Salisbury Post - Many of the protesters were mingling during the demonstration. 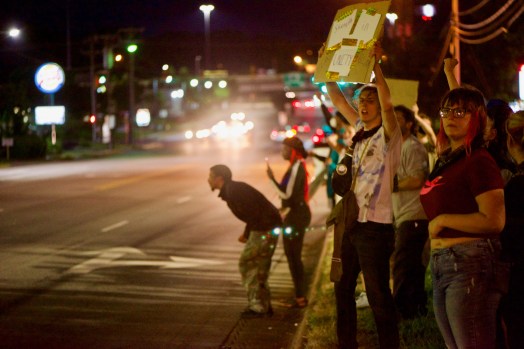 This was fourth night of protests in Salisbury. The first two demonstrations made their way into downtown, but on Tuesday a 9 p.m. curfew was put in place for the downtown area.

SALISBURY — Protesters gathered next to the Big Lots parking lot along East Innes Street Tuesday night to continue protesting the most recent spate of police brutality and the killing of unarmed black Americans.

The protests remained peaceful and attendees chanted phrases that included “Black Lives Matter.” A viral video of George Floyd’s death showing former Minneapolis police officer Derek Chauvin pressing his knee into Floyd’s neck while he was already in custody has sparked protests across the nation and in Salisbury, too.

“I can’t breathe,” is a phrases protesters chanted and something Floyd repeated more than a dozen times while he was being killed.

At the protest Tuesday, many of the attendees were standing away from the road and talking among themselves. Some brought hand sanitizer and cases of water. A man handed a Post reporter a small card outlining how to protect yourself from the effects of tear gas, which is sometimes used on crowds at protests. On Tuesday, people were also offering to help others register to vote.

“It hurts me to see my own people down on the ground and abused,” said Karina Johnson. “When I saw that video of George Floyd, I felt his pain.”

Johnson said she is happy to see people coming out to protest locally, and that she will be happy when justice is done.

Chauvin was later charged with murder and is being held in a maximum security prison.

Protesters on Tuesday were outside of the municipal service area that was under a 9 p.m. curfew set on Tuesday afternoon.

Salisbury Police Department Public Information Officer Lt. Lee Walker said at about 9 p.m., protesters were not violating the curfew and would be allowed to stay where they were, but the department was monitoring protesters with unmarked vehicles and officers in riot gear were loaded on to buses ready to be deployed if needed.

The Harbor Freight location in the shopping center where protesters had gathered boarded up its front entrance. Big Lots and the Office Depot did not.

In the video, Black said change will be a marathon, not a sprint.

“We need to be measured in how we do things,” Black said. “Yesterday was hard.”

The protest on West Innes Street escalated on Monday night after some protestors thought they mistakenly thought they saw Jeffrey Long and chased the man away from the protest.

Long, 49, is a white man from Kernersville who was taken into custody and received weapons charges after allegedly threatening protesters and then firing shots into the air at the otherwise peaceful Sunday demonstration. What North Carolina considers “dangerous weapons,” including firearms, are prohibited at protests.