My turn, Kendal Mobley: Those who benefit from white privilege must move beyond words 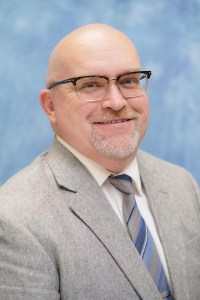 But Mr. Floyd’s rights were negated by another status assigned to him at birth. He was a black man, and the status of race is older, more fundamental and more powerful in our nation than citizenship. If that were not true, it is unlikely that the Minneapolis police officers who arrested him would have tortured him to death in broad daylight and in full view of witnesses and cameras.

As a white man, I live under the protection of my racial status in a nation established to confer privilege upon white men — a privilege codified into supreme law in the Constitution and Bill of Rights. My American experience is much different from that of people of color, who must cope with the endless anxiety of knowing that their race trumps their rights.

Among the most insidious aspects of structural racism is the way we blame the victims and hold them responsible for solving the problem. But “the problem of race” (or “the Negro problem,” as it was called a century ago) is a misnomer. It is really the problem of white privilege. Those of us who benefit most from it must accept the greatest responsibility for dismantling it and establishing a more equitable system.

Nevertheless, while white people must take responsibility for dismantling privilege, we must listen to, learn from and follow the lead of people of color in establishing justice. Everyone of good will can help, but unless we are honest about who is responsible, who holds the power, who should lead and who should follow, we will only continue the cycle of injustice.

I teach at Johnson C. Smith University, a historically black university that would never have been founded and would not need to exist today if structural racism were not a fundamental fact of life in our nation. Every semester, I have the joy of interacting with dozens of bright, gifted and compassionate students, mostly African American, whose hopes and dreams are bold and unconstrained by race. I hear their stories, I do my best to equip them for success in a world that devalues them from the moment they are born, and I am constantly amazed at their resilience and optimism. I wish that I could promise them more, but all I can promise is to fight for them with all my strength — to use my privilege to work for equity for everyone. But when I see tragedy after tragedy, like the senseless killing of George Floyd, I fear for my students, and I grieve for a nation that is so blind to its own sins that it continues to repeat them generation after generation.

I write this for my students as a prayer that our nation will find the courage to face its ugliest truth: white people as a group have always benefited from a system that consigns some of our neighbors to oppression while giving lip service to equal justice. I pray that we will end our national self-deception, move beyond mere words, and finally become “one Nation, under God, indivisible, with liberty and justice for all.”

By Sharon Randall If Norman Rockwell could’ve painted this day, he might’ve called it: “An Average American Family in the... read more