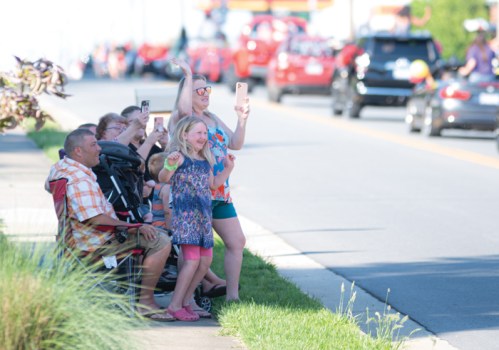 Josh Bergeron / Salisbury Post - A small family gathering cheer for their graduate, Ashlyn Faw, during a parade for the Class of 2020 through Landis and China Grove on Sunday. At the front of the group is, from left, JR Corriher, Emma Jean Corriher and Carrie Corriher. 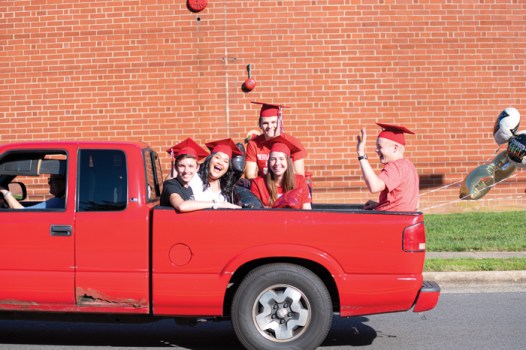 Josh Bergeron / Salisbury Post - A crew of graduates from South Rowan High School smile for a picture Sunday during a parade for the class of 2020 in Landis and China Grove. 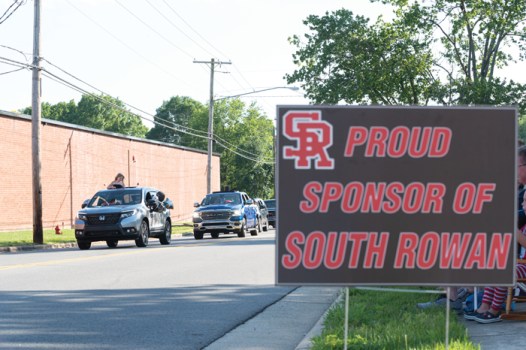 Josh Bergeron / Salisbury Post - Participants in a parade for the class of 2020 start on their route through China Grove and Landis on Sunday. Many of the participants were recent graduates of South Rowan High School. 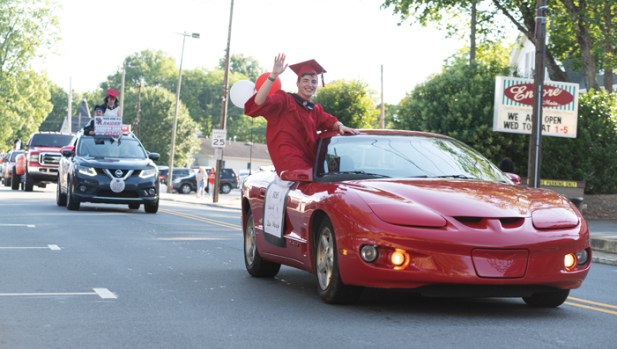 LANDIS — The line of cars carrying graduates was long and the crowd of onlookers was sparse, but that’s just as well during the era of COVID-19.

Landis and China Grove hosted a parade for the class of 2020 on Sunday afternoon, complete with balloons and homemade signs attached to cars and cheering parents and family members on sidewalks. Most graduates were from South Rowan High School, though organizers said the event was open to anyone.

Landis Mayor Meredith Smith said the event was inspired in part by parades that other communities, notably West Rowan High and the town of Faith, put on for their graduates.

“Our kids really wanted to do the same,” she said. “I think it’s important for them to be able to be recognized.”

The parades have been organized as the Rowan-Salisbury School System has scheduled drive-thru graduation ceremonies on June 12, but not finalized plans for an in-person, traditional event.

Mother-daughter pair Barbara Johnson and Kelly Robinson were set up with a large banner on the sidewalk, ready to cheer on Robinson’s daughter, Holly. Kelly said that she and other family members have been sad for Holly, a Carson graduate, and have tried to do more to make the end of high school special.

Kelly said that it’s nice schools are doing a drive-thru graduation event on June 12, but many students don’t have cars or a way to get a ride.

Elizabeth Faw was a few hundreds yards away from Johnson and Robinson with family members and equally ready to cheer for her daughter, Ashlyn, a member of South Rowan High School’s class of 2020. Elizabeth said the family is trying to make the best of the situation, including putting on a prom-like event with a group of friends they call “the quarantine corps.”