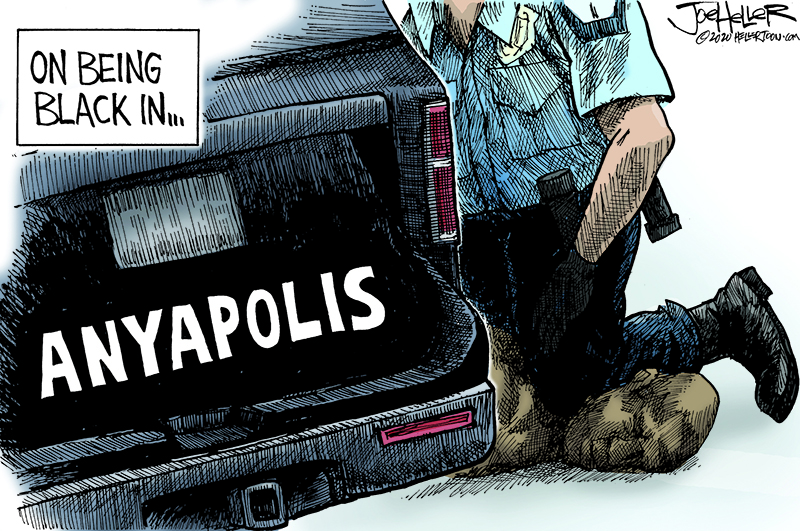 “I know you’re asking today, how long will it take?”

Thus spake Martin Luther King Jr. at the end of the Selma to Montgomery voting rights march. He went on to assure his soul-weary people that the moment of their deliverance was just a little ways down the road.

And yet, 55 years later, here we are still asking the same thing. Oh Lord, how long?

Because 55 years later, we are trapped in a revolving-door nightmare where every exit leads back to more of the same — Oscar, John, Amadou, Atatiana, Tamir, Sean, Freddie, Eric, Sandra, Breonna, Michael, Philando and now, George Floyd, a litany of unarmed African Americans killed by police acting under color of authority.

How long can we see our sons and sisters murdered with impunity?

How long can we endure with impotent fury?

How long can we go on, exhausted to our bones?

How long can we be backstabbed by the American dream?

Colin Kaepernick once knelt — remember that? — in protest of police brutality just like this. Many white people, including the one in the White House, lost their minds over that. Do not expect similar outrage here, much less the reckoning we really need. Yes, Chauvin and three other officers have been fired. That’s not enough. Yes, the FBI is investigating. That’s not enough.

Yes, Chauvin has been arrested. Still not enough.

Indeed, to individuate this to Chauvin or Minneapolis or even policing is to miss the point. It doesn’t matter whether we’re talking police brutality, health care inequality, job discrimination, cross-burning or voter suppression. It doesn’t matter if the video shows a man face down on the street crying for his mother as a cop’s knee presses upon his airway or a woman in Central Park weaponizing her whiteness, shrieking to a 911 dispatcher that a black man is attacking her when all he’s done is ask her to put her dog on a leash.

Does not matter. It’s all the same story expressed in different ways, contrasting iterations of a single daily aggression: the infernal and seemingly eternal inability of American people and institutions to treat African Americans as if their lives have meaning and value. We’ve been waiting for that to change much longer than 55 years. And to be honest, some of us are tired of it. Indeed, to listen to some African Americans these days — to hear their anger, their deep exhaustion, their cynicism, their emotional disinvestment in this country — is to sense America is running out of time to be what America is supposed to be. And to hear words King meant for reassurance echo as a warning.

Just how long can people be expected to put up with hypocrisy and lies?

How long can they quiescently endure a revolving-door nightmare?

How long before something breaks? How long? Not long.

Editorial: Rowan-Salisbury Schools can be more strategic about coming…