SALISBURY — A local man wrongfully accused of murder in 2018 faces felony marijuana charges after he failed to stop at a stop sign — the second drug-related charges against him in less than two weeks.

Witt Darnell Alexander, 27, of North Lee Street, was charged Thursday with felony possession of a controlled substance with intent to manufacture a schedule VI drug. He was issued a citation for failing to stop for a stop sign and improperly placing a child in a child safety seat.

Alexander served 14 months in the Rowan County Detention Center after being charged in the June 2018 shooting death of Mariah Nicole Turner, 25, who was shot during a home invasion. The Rowan County Sheriff’s Office dismissed murder charges against Alexander in September saying additional information was found that “potentially supported an alibi that was provided by the defendant.” 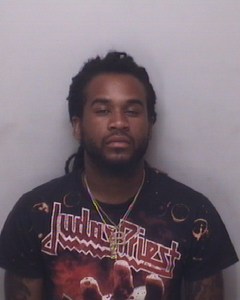 A Salisbury police officer on Thursday was traveling east on West Horah Street when he noticed the driver of a white Cadillac failing to stop for a stop sign. The officer stopped the car in the 300 block of Grim and West Bank streets, said Salisbury Police detective Russ DeSantis.

The officer noted a child was not in a car seat, DeSantis said.

The officer requested a K-9 search the perimeter of the car. The dog alerted and the officer found a bag of marijuana, a digital scale and cash.

Alexander was arrested at the scene. He has since been released from the Rowan County Detention Center under a $1,500 secured bond.

N.C. state law prevents Alexander from carrying a weapon if he’s a convicted felon. He was previously charged with common law robbery in June 2016 and pleaded guilty in November 2016.