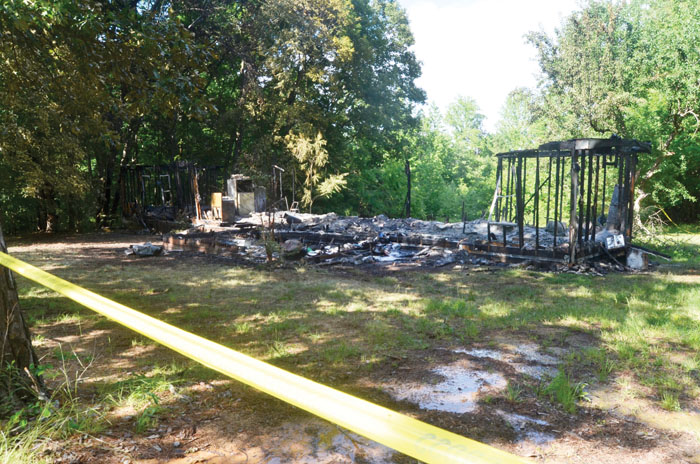 The Rowan County Sheriff’s Office identified the victim as Deborah Renee Deadmon, who lived at the home. She had significant health issues, including the use of bottled oxygen.

The home, located off Saw Road, was completely engulfed in flames when Enochville Fire Department arrived at the home, according to Chief Gary Barnham. The initial call to report the fire came in at 1:53 p.m., according to the Rowan County Sheriff’s Office.

Barnham said the fire had already consumed much of the structure as firefighters made an initial attack at the fire. Barnham said a neighbor told firefighters there was someone still inside.

Multiple fire departments assisted in the supply of getting water to the home, which was at the end of Crestwood Drive and surrounded by trees and a few other homes.