SPENCER — Spencer Police are looking for a man accused of shooting a neighbor’s cat and facing animal cruelty charges and a firearm violation. 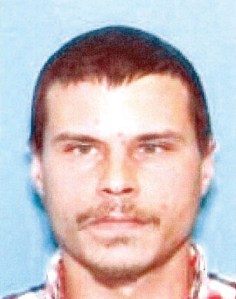 Police on Thursday said they are looking for 32-year-old Jeremy Michael Pless, of Spencer. Pless has brown hair, hazel eyes, is 160 pounds and 5 feet 8 inches tall. He is wanted for discharging a firearm in the city limits and felony animal cruelty.

In a viral social media post on Facebook, the owner of the cat said it was hunting salamanders in the woods. The cat had to have its leg amputated, but is doing well otherwise.

The Post reached out to the owner via Facebook, but did not immediately receive a response. It’s not clear what led up to the shooting.

Anyone with information on the whereabouts of Jeremy Pless is asked to contact the Spencer Police Department at 704-633-3574 or Salisbury-Rowan Crime Stoppers at 1-866-639-5245.