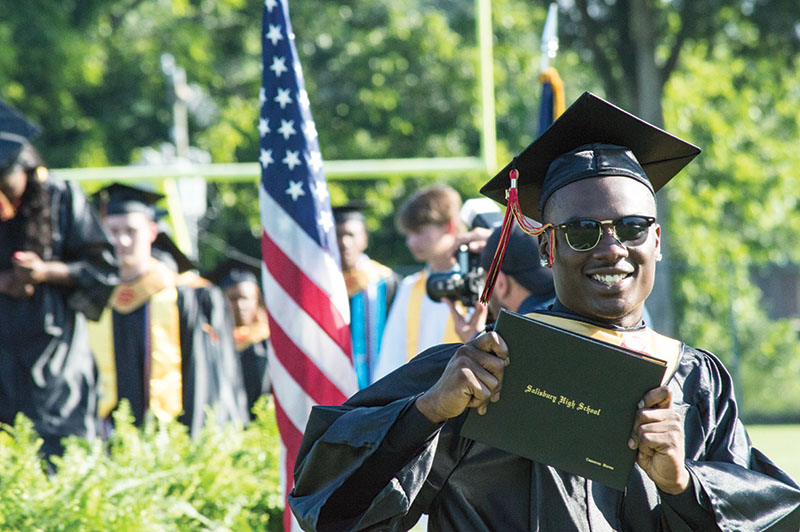 SALISBURY —Rowan-Salisbury Schools says its high schools will have a drive-thru graduation in June and more traditional in-person ceremonies in October.

The school system announced preliminary details of both events on Tuesday evening.

The drive-thru graduation ceremonies at local high schools are scheduled to occur June 12 at 8 a.m. Kelly Withers, South Rowan High principal and incoming associate superintendent, said individual schools will announce specific details Friday at 8 a.m.  The more traditional, in-person graduation will be Oct. 10 at a time that’s yet to be announced. Schools officials are still working on specifics of that event.

Graduates are not required to participate in either ceremony to receive their diploma and/or transcript. 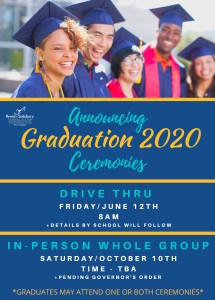 While graduation was originally scheduled to occur last week, COVID-19, the closure of K-12 schools and gathering restrictions dashed those plans. Ceremonies were set to occur 8 a.m. Friday at each high school. That excludes Rowan County Early College, which was scheduled to have its ceremony at West End Plaza.

The drive-thru edition of graduations, Withers said, will occur at each high school. Rowan County Early College is currently planning to do the same but will need an OK from Rowan-Cabarrus Community College. Withers said current plans being finalized among principals include a one-car limit for each graduate. She expects that staff will be dressed in graduation robes and that graduates would be, too.

Social distancing rules will be followed during the drive-thru event, she said.

She said staff tentatively picked October for the traditional graduation because it’s not yet clear what restrictions might be in place sooner than that. August was one consideration, but she said schools will be busy working on how to safely reopen at that time. School system staff chose a date that was far enough out to allow for adequate planning without being too extended, Withers said.

Students who are not able to attend either event can contact their school to work out specifics of receiving a diploma. Those who need a transcript for college or a job should do the same.

“At any point, a student can pick up a transcript, and schools will work with graduates if they don’t want to participate in either based on restrictions,” she said.