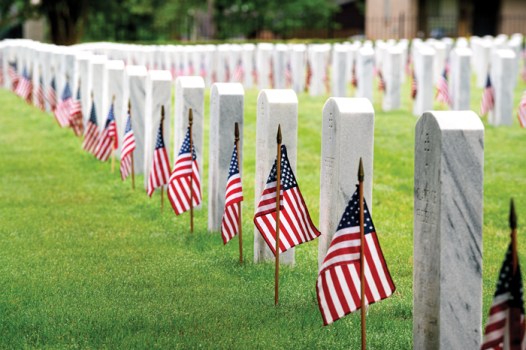 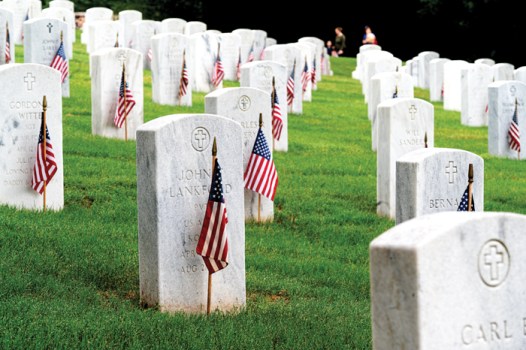 Salisbury National Cemetery will be the final resting place for a sailor who was killed at Pearl Harbor. Josh Bergeron / Salisbury Post File Photo 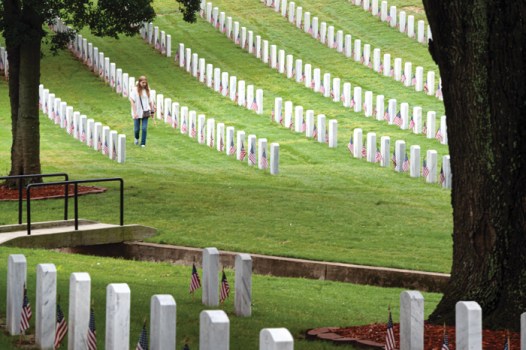 Josh Bergeron / Salisbury Post - While there were no formal ceremonies on Memorial Day, small groups of people took turns walked through the Historical National Cemetery in Salisbury. Here, a girl carries a small flag past a row of graves adorned with them. 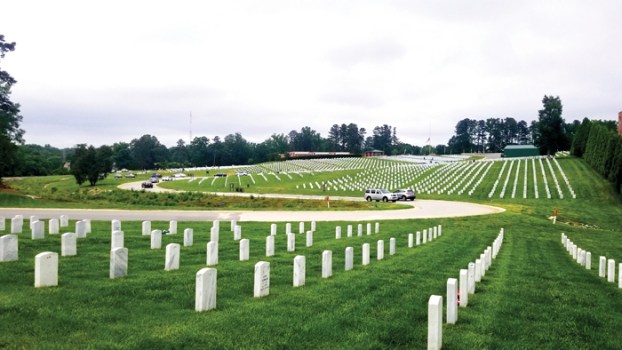 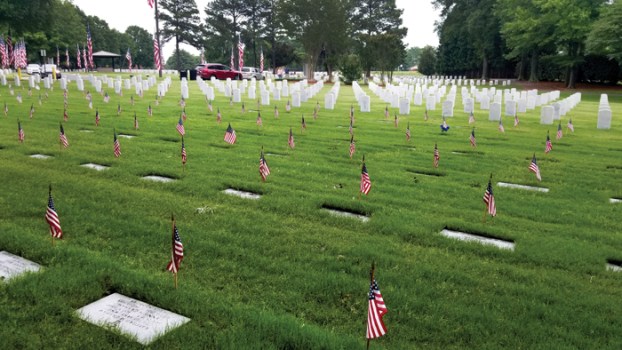 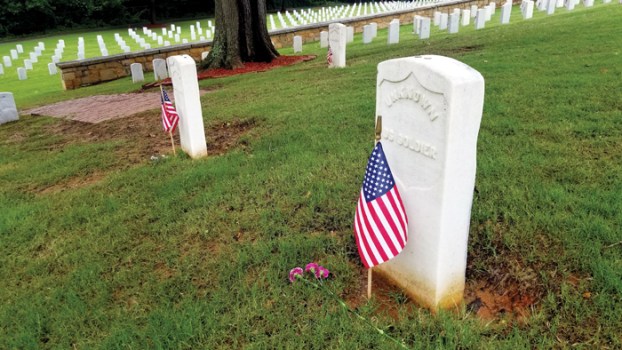 SALISBURY — Pennies dotted the tops of graves at the Historic National Cemetery on Government Road on Monday.

The small ritual is a way to note someone visited a soldier’s grave. On Memorial Day, there were a few rows where each marker had a penny. Some stones managed to collect a whole nickel’s worth, and someone even made a point of placing pennies and flowers at some of the graves of unknown soldiers.

Salisbury is home to a large veteran population, two national veterans cemeteries and a V.A. Medical Center, making it an important place to a number of veterans and their families.

James Bridges died in 2011. The Army veteran’s family now lives in Greensboro, but his daughters, Jeanna and Jamye, come to visit him at the Salisbury National Cemetery Annex in the W.G. “Bill” Hefner VA Medical Center complex each year.

Bridges was from Salisbury and was the first coach of the Salisbury High School football team after it was created by a merger between J.C. Price and Boyden high schools. He would also coach football, softball and basketball in the community. He was active in the community, his church and was a family man.

“He was funny,” Jeanna said. “He was an educator. He started out as a teacher.”

Bridges graduated from Price High School and Livingstone College, where he was a member of Phi Beta Sigma. He moved on from teaching social studies to becoming an administrator at Guilford Technical Community College.

Jeanna said being in the military broadened his horizons. He was stationed in Germany and developed a love of travel. He left as a private first class.

Jamye said, besides visiting their father, Memorial Day is important to remember those who made sacrifices. It gives families visiting loved ones’ gravesites the chance to connect with each other, she said.

Jack Akers was a specialist in the Army who served in Vietnam and is also buried in Salisbury. He died in October, and his grandson Matthew Morgan made the trip from Beaufort, S.C.

“We’re from here,” Morgan said. “I was in the Navy. I just got out and wanted to come home for Memorial Day and make sure I got to see my grandfather’s gravesite.”

Morgan said his time in the military showed him things he would have never experienced otherwise.

Elise Faye and Bryan Freeman were walking the rows of graves at the historic cemetery. None of their family members are interred there, but they have family who served in conflicts like the Vietnam War and World War II. They wanted to visit the cemetery to show respect for veterans who have died.

“It’s a reverent site for people who gave their lives for freedom.” Freeman said. “It’s something we can’t take for granted.”

The historic cemetery originally was created as a burial place for Union soldiers being held at the Confederate prison in Salisbury during the American Civil War. An estimated 3,000 to 4,000 soldiers were buried there after dying at the prison, many from starvation and disease. According to the V.A., more than half of its cemeteries trace their roots to the Civil War. Including a recent donation from the Rowan-Cabarrus YMCA, the annex has grown to be larger than the historic site.