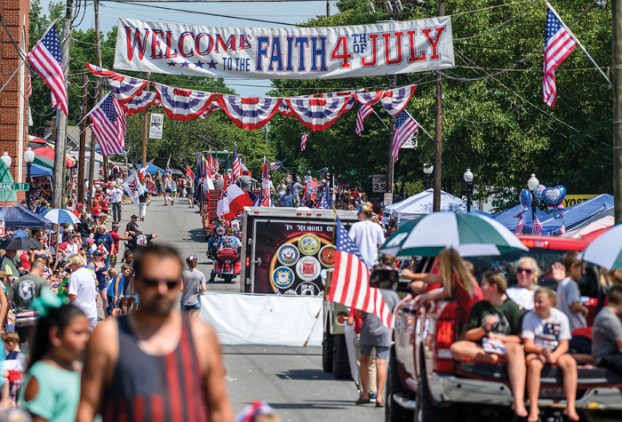 FAITH — The small town of Faith’s population swells to at least several times its size around America’s birthday, but COVID-19 has dashed plans for a Fourth of July celebration this year.

Organizer Randall Barger said in an email that the committee expects to “see everyone next year for our 75th anniversary.” This year would have marked the 74th annual celebration.

In a public announcement, organizers said the “unforeseen circumstances at hand” — that is, COVID-19 and statewide restrictions that accompany it — mean the event can’t go on as planned. Mass gathering limits in the phase two of “reopening” are for no more than 10 people indoors or 25 people outdoors. Phase two runs though “at least Friday, June 26,” the governor’s office said in a news release last week.

“The 4th of July is very important for everybody,” Oliver said. “The focus is to prevent anyone from getting sick or ill.”

Emergency Services Chief Chris Soliz said municipalities have the ability and authority to make protective decisions of their own and that the county has chosen not to implement more stringent requirements.

During its history, the celebration has attracted locals and presidents alike. The parade brings onlookers from near and far to the streets of Faith, and the weeklong celebration that accompanies it involves fair rides and the typical assortment of fair food, competitions that include the popular Faith Idol singing contest and other games.

The Faith Fourth of July celebration was originally sanctioned by town government in 1920, but gatherings initially were sporadic because of wars and economic distress, the event’s website states.

The celebration was revived following the end of World War II.

Organizers on Monday night encouraged people to return in 2021 to “pick up where we left off.”

“Please continue to decorate and show your patriotism, and God bless,” the cancellation announcement said.

Those who have already sent entry forms in will have checks returned this week.

Trump threatens to move RNC without assurances from governor