My turn, Le’Andre Blakeney: Public transportation should be more equitable 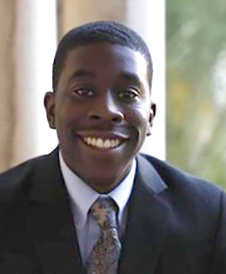 Anyone in Rowan County who needs to ride the bus should have that right.

They should able to use the bus as much as they need, and it should be free of charge. Economists call this a “public good.” The air we breathe and public parks are examples of public goods.

Salisbury’s city manager is thinking of the cost associated with the bus routes to Spencer and East Spencer. There are trade-offs. In his view, servicing the two towns will be at the expense of the citizens in his own city, which brings the equity dilemma into discussion.

But leaving out Spencer and East Spencer will exacerbate inequity too.

For example, disparities exist in Rowan County. According to 2018 census data, the per captia income — the amount of money a person makes a year in East Spencer was $15,3075. This is approximately half of the North Carolina average. What is more, the household median income in East Spencer is $33,010, which is half of the state and national median incomes.

Transportation and its infrastructure play a key role in a population’s overall well-being. It connects consumers to goods and services needed for self-sufficiency and sustainability. The inaccessibility to transit, or “transportation disadvantage,” is a major limit to one’s income. This disadvantage limits access to participation in essential activities outside the home: including employment, education, shopping, recreation, socializing, and healthcare.

The Urban Institute, the University of Maryland and UCLA conducted a study on the effect that federal housing vouchers has on low-income families. They found that, even though families had access to better housing, transportation was an issue to areas with better jobs and schools. In fact, participants in the program with a car were “twice as likely to find a job and four times as likely to stay employed.” Emily Badger, from the Washington Post, articulates the transportation problem bluntly in a 2014 article: “We’ve created many places where you can’t access opportunity without a car, which also means that we’ve created places that punish people who don’t have one or can’t afford to get one.”

The truth is that this question of transportation and the trade-offs of who can use public transit due to scarcity of resources shouldn’t have to exist. The Salisbury Post on Thursday published an editorial asking the city council not to eliminate the routes entirely, noting that less than 2% of the city’s budget goes toward transportation, which is a drop in the bucket. However, Salisbury should not have to shoulder the financial burden. One solution could be the Rowan County Board of County Commissioners partnering with local municipalities to help subsidize the cost of transportation until Spencer and East Spencer develop long-term strategies to allocate funds to transportation. To accommodate those in the city limits, Salisbury will have to incorporate stops in the current bus routes. That will take time and money to fully implement.

But stopping the routes altogether to East Spencer and Spencer is not an adequate response to the problem. There is an economic imperative to provide transportation to all citizens in Rowan County.

Addressing the issue of equity that exists within transportation system is important. It will dictate future health and employment outcomes for the most vulnerable in the county. We see this now more than ever with the current pandemic. Nevertheless, some entity must help with the cost because there is a phrase that is used in economics: “There’s no such thing as a free lunch.”

So, although I agree with city manager that this problem is one of equity, but my retort to him is that it should not be at the expense of the citizens being cut off from services.

Le’Andre Blakeney recently earned a master’s degree in public policy from the Sanford School of Public Policy at Duke University. He is a native of East Spencer.

As a great many states, including our own, push to reopen their economies, the American left should say the following,... read more