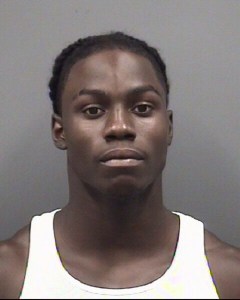 Reginald Dean Oglesby Jr., 21, turned himself in to the Salisbury Police Department on Wednesday. He was placed in the Rowan County Detention Center under a $1.1 million secured bond.

He is charged with second-degree murder related to the killing of Jonathan Elijah Ijames at 944 E. Lafayette St.

No other details have been released as to what led to the initial fight. On Monday, police issued a statement saying they were looking for Oglesby and asked for the public’s help to locate him.