CHINA GROVE — A local man was charged with marijuana and cocaine possession after he was involved in a domestic altercation that produced a vehicle chase ending in southern Rowan. 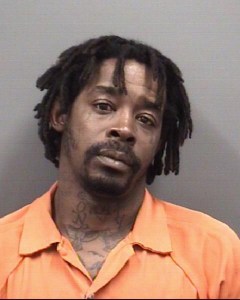 The incident occurred around midnight near the intersection of West Innes and South Church streets. The officer noted the vehicle was involved in a previous call and the officer saw a domestic altercation from within the car, said Salisbury Police detective Russ DeSantis.

The officer got behind the vehicle but the driver failed to stop, DeSantis said. The driver allegedly continued to not stop for several stop signs and lights.

Officers attempted to use stop sticks at South Main Street and Rowan Mill Road, but the driver went around them, DeSantis said.

A Rowan County Sheriff’s deputy and a China Grove police officer deployed stop sticks near China Grove Middle School on North Main Street and the driver struck the device, DeSantis said. The driver came to a stop at West Liberty and North Main streets after midnight.

The woman was checked to make sure she was OK and was eventually free to leave, DeSantis said.

Officers searched the vehicle and found marijuana and crack cocaine that was determined to belong to Garlin. He remains in the Rowan County Detention Center under a $20,000 secured bond.