No tax, fee increases proposed with revenues down in proposed Landis budget

Barefoot’s proposed budget includes no increase in the tax rate and no increase to the water, sewer or electrical rate.

“The citizens of Landis have experienced the trying times over the past several years,” Barefoot said. “They deserve a bit of good news and I believe it can begin in this budget. Short of reducing taxes or utility fees, this budget gives promise that the process is unflawed, transparent and replete with policies and procedures that going forward will yield results.”

Barefoot noted the accomplishments made since he was appointed manager on Jan. 7. The town has moved its financials internally, based on a Local Government Commission recommendation. That saved taxpayer money and provides better access to budget data. The town also started to restructure debt and make payments.

Barefoot said the town’s debt is too large for a town the size of Landis.

“We need to get our debt in control,” Barefoot said.

Barefoot also said the town’s fund balance, which is partially a savings account, has improved. At the start of the fiscal year, the fund balance was 8.8%. The Local Government Commission, under the state treasurer’s office, recommends a minimum 8% in a fund balance. The fund balance is expected to grow significantly.

“We are operating in a fashion that I think will have revenues exceeding expectations and expenditures coming in under what was appropriated that will get us to that 22.5% by the end of the June 30, 2020,” said Finance Officer Diane Seaford.

Barefoot said his goal was a 50% fund balance.

The proposed budget has a cost of living increase for all town employees that would be effective on July 1. Barefoot was unsure of the last increase, but found the last one was three years ago after some discussion.

Starting in July, Barefoot said, furlough days would end. He said the town is in a good financial position to provide its citizens full service five days a week.

The proposed budget totaled $12.7 million, which is down 9.28% from the current fiscal year due to lower sales tax revenue, water and sewer revenue, electricity sales and revenue associated with new construction.

General fund revenues were proposed to be down 16.5% because of the economic impact of the COVID-19 pandemic and a transfer to the electric fund. Barefoot said he expects there to be a decrease in expenditures compared to the 2019-2020 fiscal year that had a paving project and appropriation to contingency.

Stewart asked if there is money in the proposed budget to hire a permanent town manager and police chief, which are currently filled in the interim. There is, Barefoot said.

Barefoot said the town will need to buy a police vehicle, costing more than $42,000, to replace a wrecked vehicle.

In the water fund, Barefoot projected a decrease in revenues by 7.5%. With the Oaks of Landis subdivision close to completion and unknowns with the pandemic, the tap fee will continue to diminish, he said.

Although the town will lose revenue because of the closure of Parkdale Mills, it will be minimal, he said.

In the sewer fund, revenues will be slightly down, which is related to the collections and tap fee decreases.

Barefoot also projected a decrease in revenue in the stormwater fund by 6.6%

The electric fund revenues will decrease by 6.3%, but the fund received a rebate from Electricities for $709,000 in the current fiscal year. The credit helped them pay off debt. Barefoot said he anticipates other one-time credits.

Alderwoman Katie Sells said she would like to see the town move back to having a recycling service. Mayor Meredith Smith agreed, saying that was a big issue during the election.

Both Sells and Smith said the town should also provide education on how to properly recycle.

The next step is to get feedback from citizen at the next Board of Aldermen meeting. The board scheduled a public hearing for June 1.

Overcash asked about a plan to adhere to the social distancing guidelines.

Barefoot said the town would likely use the fire station, and citizens that want to make a comment will come into town hall one-by-one to speak.

Barefoot assured the board changes could be made to the proposed budget later. 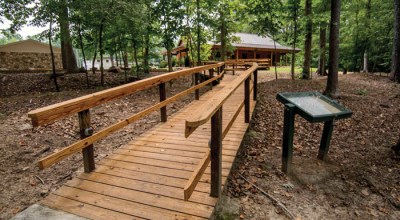