College football: Gaither still working to get better as a coach 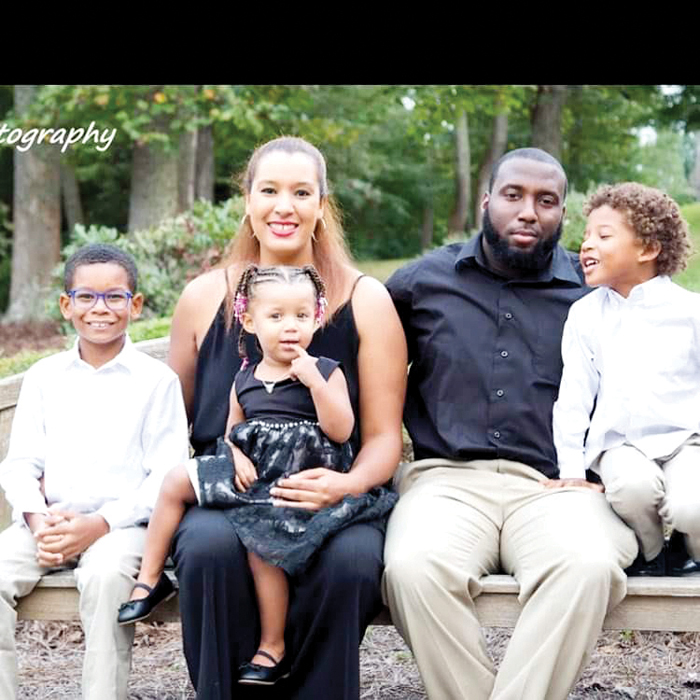 Now he’s getting a chance to coach at the college level.

He’s beaten long odds. He seemed like an unlikely high school starter at one point, much less a future coach.

“We had serious talent at West Rowan when I was there,” Gaither said. “Wade Moore, Tristan Dorty, and then K.P. Parks and Chris Smith came along. Through my junior year at West Rowan my only goal was just to be good enough to play for West. It wasn’t until my senior year that I started thinking that maybe I had a chance to play beyond West.”

Back in 2007, the late Scott Young, West’s head coach, said Gaither improved as much as anyone he’d ever seen.

“He did it in the weight room,” Young told the Post. “He transformed his body from weak, chubby kid to rocked-up kid.”

Gaither has only fond memories of Young, who pushed him to be better than he ever thought he could be.

“He was a very old-school coach, a tough guy, a motivator,” Gaither said. “We always had a solid plan and we never went into any game not expecting to win it. For Coach Young there were four phases of football, not just offense, defense and special teams. That fourth phase for him was the hitting game. He wanted to win the hitting game. He wanted to be more physical than the other team every time. Coach Young and West Rowan football shaped  me into who I am now.”

In the fall of 2007, his senior year, Gaither became a starter for the Falcons at tight end and got his chance to hit people. Tight end at West meant being a sixth offensive lineman, blocking for the workhorse Parks, a sophomore who was beginning to assault record books with ungodly rushing totals.

“Every tight end wants to catch passes, and I was no different,” Gaither said. “But if you’ve got K.P., you have to give it to him 40 times, no question about it. I was just happy finding a role where I got to play, a role where I had some value to my team.”

Gaither helped West put up an 11-2 record. The Falcons won their fourth straight conference title, and the really good stuff hadn’t even started yet. A 46-game winning streak was just around the corner.

“The game I remember best from 2007 was with Davie County,” Gaither said. “It was early in the season, Davie was good and people didn’t think we were going to be  good because we’d lost great linemen like (Shrine Bowlers) Dorty and David Melton. But we beat Davie (28-24). K.P. scored with just a few seconds left for the sweetest victory I ever had. We showed people that night that we were still West Rowan.”

Gaither had planned to go to UNC Greensboro as a normal student, but when he took a recruiting trip with several teammates to D-III Greensboro College, the door swung open to play college football. His cousin, Terris Sifford, had played college basketball for Greensboro a few years earlier, so he was familiar with the school.

In Gaither’s four seasons at Greensboro, there were four different offensive coordinators with four different offenses — Air Raid, West Coast, Pro-style, Shotgun Power.  That wasn’t all bad. Gaither gained valuable experience with a lot of systems. He played fullback, mostly, but he also spent some time as a running back, receiver and H-back.

He had at internship at Greensboro’s Grimsley High before he graduated from college in 2012. The coach liked him and talked him into coaching Grimsley’s jayvees and receivers. That was his first coaching job.

Subsequent jobs were in sales with Red Bull — the energy drink company — and as a teacher/coach at Andrews High in High Point, where he coached receivers or running backs.

Gaither worked under coach Rodney McKoy at Andrews. McKoy moved on to Walkertown, where he turned the program around last season.

“Coach McKoy made a phone call for me and recommended me, and he’s a very active alum, so his recommendation carried a lot of weight,” Gaither said. “When I walked into Coach Massey’s office for an interview, it was almost like I already had the job. Coach Massey told me I was the kind of guy they wanted to have around. He gave me a chance to work with the wide receivers for the 2019 season.”

While he was officially “a volunteer coach” and received more of a stipend than a salary, Gaither wasn’t complaining. Winston-Salem wasn’t far away. He didn’t have to move and was able to maintain his regular teaching job at Andrews. And he had the opportunity to be a college coach. That’s been one of his goals for a while.

“I’ll never forget my first win (23-20) as part of a college coaching staff last September,” Gaither said. “Winston-Salem State traveled down to Tuskegee (Ala.), and we get there at 10 a.m. for the 1 p.m. game, and it’s hot, and their students are already in the stands shoulder-to-shoulder. It was an unbelivable atmosphere for that game, and an unforgettable trip. Auburn let us use their indoor facility for a practice.”

Gaither is excited about Winston-Salem State’s recruits, including a difference-making kicker from Mount Airy and a big-time transfer quarterback. The Rams have recruited a dynamic Southeast Guilford receiver who is related to the West Rowan Flemings and they also recruited Jalen Houston, who just had an amazing senior season for West Rowan.

“As soon as we saw film on Jalen, we knew we really wanted him,” Gaither said. “We’ve got kids that can run like him, but he’s a very special kid with the ball in his hands. We expect him to be one of our bigger recruits.”

Gaither said it’s not hard to recruit players to Winston-Salem State, which has a lot of tradition for D-II and offers a big-city atmosphere.

“We’ve had our All-Americans and our NFL players, and that does help,” Gaither said. “There’s a lot of talent close by in the high schools in Winston, Greensboro, Burlington and High Point.”

“I hate to throw any of that stuff out,” Gaither said with a laugh. “They’re keepsakes. They’re memories.”

He remembers the past and treasures it, but he tries to get a little bit better every day. That was always the mantra at West Rowan.