SALISBURY — A China Grove man faces drug possession charges after someone called 911 about a possible overdose in a local gas station parking lot, according to a Salisbury Police spokesman. 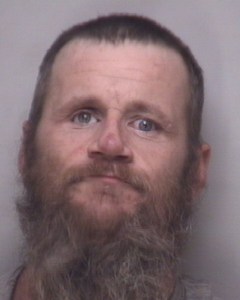 He also has outstanding warrants from October for misdemeanor larceny and possession of obscene material from Jefferson County, Pennsylvania.

On Monday morning police responded to the Speedway gas station, located at 3410 South Main St., about a person who was inside a Honda Civic whom the caller believed to be unconscious, said police spokesman Lt. Lee Walker.

Walker said when officers arrived Harris was awake and alert. When officers checked his name, they discovered he was wanted in Pennsylvania. The officers searched the vehicle and found a small container that had a crystal-like substance inside it.

Harris confirmed for the officers that the substance was crystal methamphetamine and molly, also known as ecstasy, Walker said.

He was issued a secured bond of $53,500 and has since been released from the Rowan County Detention Center. Officials said he is also facing extradition to Pennsylvania.