‘Quite the undertaking’: How one viewer enjoyed virtual Cheerwine Festival 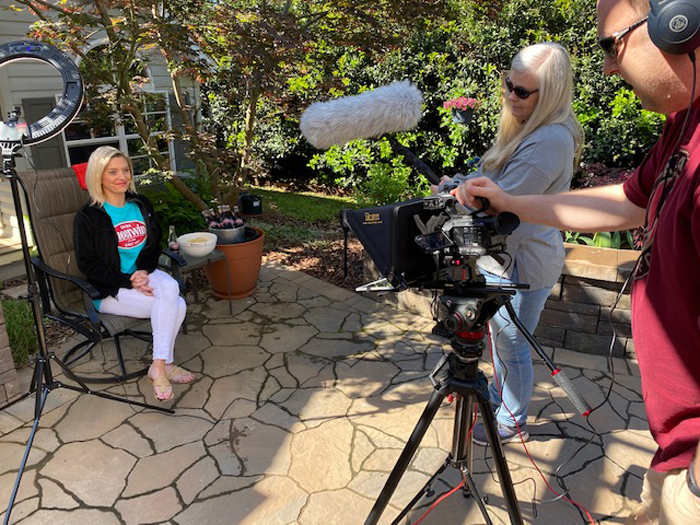 SALISBURY — In a time when events around the United States have been canceled or postponed due to the COVID-19 outbreak, this year’s Cheerwine Festival was a first for Salisbury.

The event, which was broadcast Saturday on Access 16, Facebook, the Cheerwine Festival website, and Youtube brought together online shopping, games, music and of course, ice-cold Cheerwine. It was moved online only because the crowd of thousands that have attended the event in past years would far exceed gathering limits implemented by Gov. Roy Cooper.

This year’s diverse group of performers likely prompted viewers to dance in their living rooms, bedrooms, outdoors or wherever they set up to watch. I spent the first half of the event at what I’ve dubbed Cheerwine Headquarters — the Salisbury City Council chambers. If viewers couldn’t tell, the event was pre-recorded — from the opening greeting from Mayor Karen Alexander, Emcee Katie Garner and all of the performers — Live House, Ace Party Band, Nathan Angelo, Tone Loc and Sugarhill Gang. 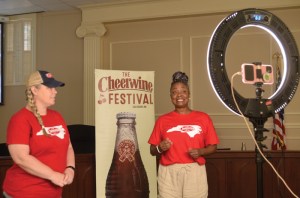 City Events Coordinator Vivian Koontz said this is the city’s first virtual event. The idea was a collaborative one where the city decided that, instead of canceling the event or postponing, it would keep the date and make it happen online.

“The big thing was having to make sure the bands and the key sponsors were behind us,” Koontz said.

Koontz said this event was a “total learning process” because it was one the city had never tackled.

Personally, I thought, “This is quite the undertaking.” It took well over a month of planning and coordinating days before, even hours before viewers watched the opening.

Live House, though, was a last-minute addition, and the band set the tone for the event with a cover of Stevie Wonder’s “Superstition.” The band continued with Prince’s “Kiss” and included Bruno Mars’ “24K Magic.”

The band brought the same kind of flair they brought to last year’s Cheerwine Festival.

The Ace Party Band gave viewers everything from the Jackson Five’s “I Want You Back,” and Lil Nas X’s “Ole Town Road” and “Meant to Be” by Bebe Rexha.

Nathan Angelo gets my vote to make his song “Spread a Little Happiness” the Cheerwine theme song.

McElroy admitted to being a little nervous about what would happen. But once the comments started rolling in from all over North and South Carolina and even the United Kingdom, it seemed to make all of the nerves worth it.

“I’m so excited we were able to pull this off,” McElroy said.

Parks said they wanted to give the videos that were submitted by the artists a little flair and make it feel a little like they were performing on a stage.

Halfway through, I took my party of one back to my house to end the night, watching Tone Loc and Sugarhill Gang mostly because I knew I wanted to rock out to “Wild Thing” and “Funky Cold Medina.” That’s my business.

I remember hearing “Funky Cold Medina” when I was probably 10 or so and thinking that Tone Loc was singing “Funky Called Medina.” Anyone else ever sung a song wrong for years?

Although his set was short, I did “the Wop” to all of Tone Loc’s songs and my own Soul Train line to most of Sugarhill Gang’s songs.

Anybody else reading this waved their hands from side-to-side when Sugarhill Gang said to wave them?

“The Apache” (Jump On It) has played at every one of my family’s cookouts and every birthday party I’ve attended for the last several years. It’s just iconic and an opportunity to recreate the episode of Fresh Prince of Bel-Air where Will and Carlton entered a dance competition with the song. Oh, I did the dance.

I also tried to sing along to “Rapper’s Delight.” It’s a good thing I was at home.

Salisbury native Katie Garner was the events’ emcee. Garner, who pre-recorded her portion of the event, helped transition viewers to the next performer. Garner is a reporter for Fox 8 in High Point.

I appreciate the message from the Sugarhill Gang thanking the frontline people and everyone who makes COVID-19 move along and out of Rowan County so we can stay safe. That was the cherry on top of the Cheerwine float.

This year’s festival was different, but I had a blast watching. I can’t wait to celebrate next year — May 15, 2021 — when the event, hopefully, returns to downtown Salisbury.

For those who missed the event, it will be re-broadcast today beginning at 5 p.m. via Access 16, Hotwire 394, Spectrum 16.