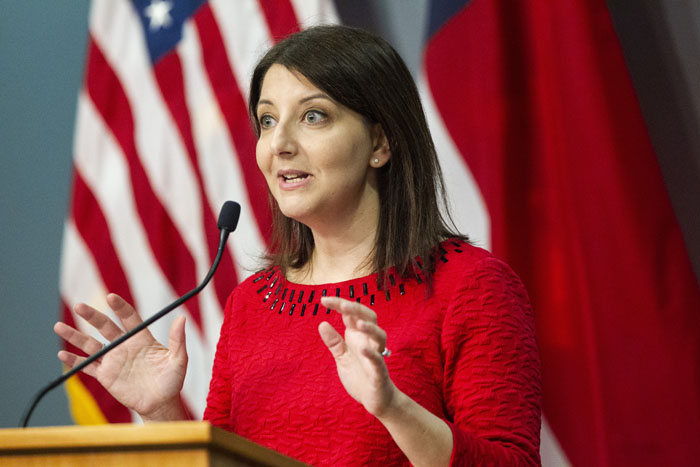 Dr. Mandy Cohen is stepping down as secretary of the NC Department Health and Human Services. (Travis Long/The News & Observer via AP/File Photo)

RALEIGH (AP) — North Carolina health officials greatly expanded the scope of COVID-19 testing in the state Friday, encouraging doctors to order tests for higher-risk individuals even when they show no symptoms.

The new protocol from the public health leaders comes as North Carolina has shown a significant jump in completed tests in recent weeks thanks to more laboratory capacity and materials. More than 231,500 tests have been completed in North Carolina since the pandemic began, according to state health data. That marks an increase of more than 12,000 tests compared to Thursday, smashing the previous day-over-day record.

“We want anyone who needs a test to get one. This is particularly important for those at high-risk for severe illness, those at greatest risk for exposure and those who are being disproportionately impacted by this virus,” state Health and Human Services Secretary Mandy Cohen said in a news release.

That could include people age 65 or over, African American residents, prisoners, migrant workers, grocery-store clerks and first responders. People with symptoms and those is close contact with COVID-19 patients also should continue to have testing access, the protocol says.
Cohen told reporters her agency is also moving toward periodic testing of all nursing home residents and staff in the state. Facility-wide testing now occurs when an outbreak is confirmed, she said. More than half of the 641 virus-related deaths in the state have involved nursing home residents.