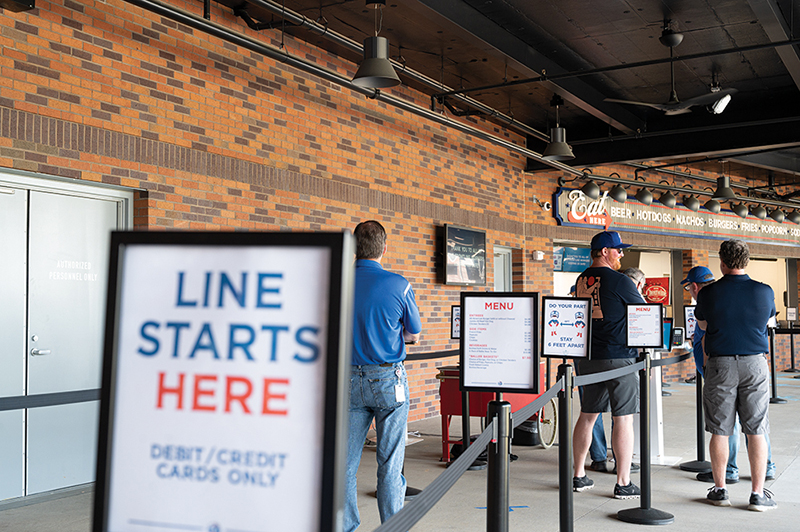 Josh Bergeron / Salisbury Post - People stand in line for takeout meals from the concession stand at the new Atrium Health Ballpark, the home of the Kannapolis Cannonballers. The park opened for meals as well as walkers and joggers.

Even though baseball games aren’t yet being played be cause of the COVID-19 pandemic, the city of Kannapolis has opened the new stadium built for the Cannonballers for fans to enjoy while keeping their social distances. Those who want to picnic and or stroll their children around can take in the sights of the Atrium Health Ballpark — or you can pick out your favorite seats now for when players are able to take the field. 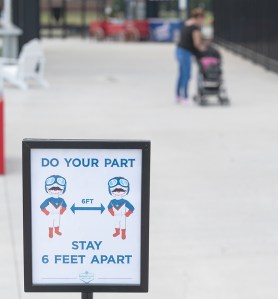 The Kannapolis baseball stadium this week opened to the public for takeout meals and for walkers and joggers. Here, a mother in the background settles her child in a stroller as she goes on a walk around the stadium. 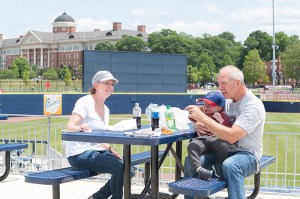 From left, Sherry, Danny and Nash Earnhardt enjoy an afternoon at picnic tables inside of the new Kannapolis baseball stadium. 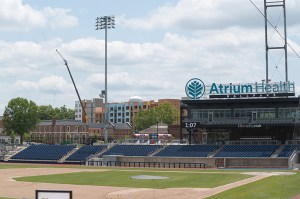 The Kannapolis baseball stadium this week opened to the public for takeout meals and for walkers and joggers. Baseball games aren’t yet being played because of the COVID-19 pandemic.

Photos: Church does its part to feed students on…