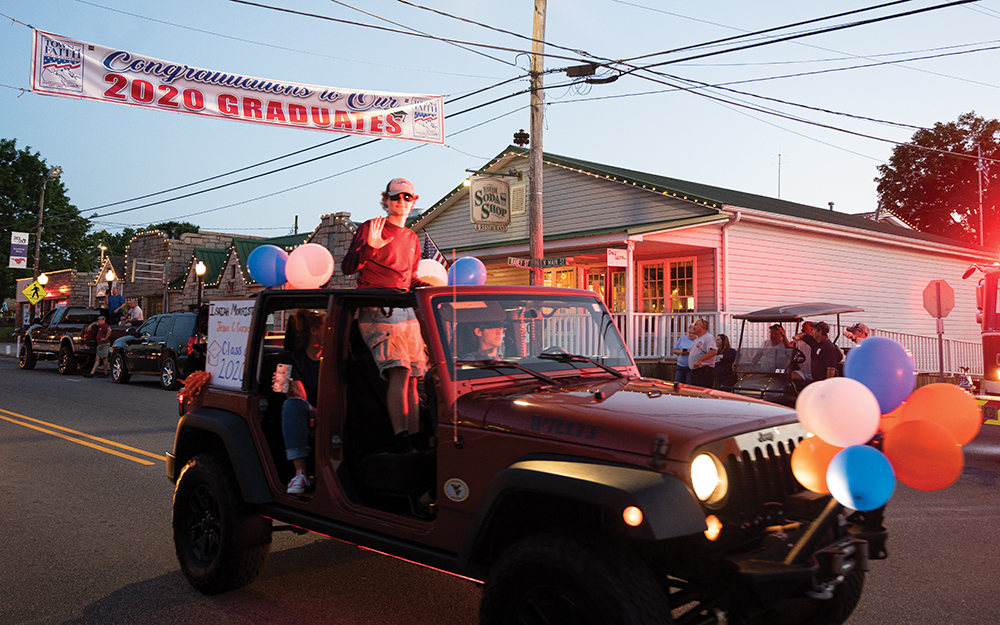 FAITH — In a year where a global pandemic has stolen the last, important moments of senior year, Maci Cooper and dozens of other soon-to-be graduates got a little something back on Friday night.

The town of Faith organized a parade for seniors who live in its immediately vicinity or are associated with local institutions, including churches and businesses. Many of the participants were seniors at Carson High School, but there were some from other local high schools as well as colleges. Faith Mayor C.J. Moody was the chief organizer and estimated there were about 45 cars, each with a few passengers.

In the age of COVID-19, onlookers mostly were few and far between. People living on Main Street set up chairs in their front yards. Others rode golf carts to downtown. Some sat in the beds of trucks parked downtown. 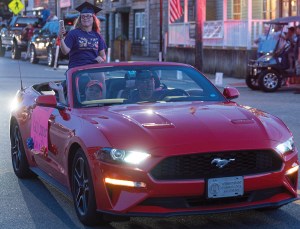 Cooper, who plans to attend Western Carolina University in the fall, said it’s been tough to deal with the many cancellations and uncertainties caused by the spread of COVID-19, which has produced more than 500 cases and 27 deaths in Rowan County. She had already purchased a dress for prom and scheduled a senior trip before both needed to be canceled. It’s unclear when this year’s high school seniors will be able to graduate, but the Rowan-Salisbury School System has promised some type of in-person ceremony when it’s possible.

“When everything is being taken away from seniors, I was glad that they put something together. It was very nice,” Cooper said.

As she rode through downtown in the back of a convertible, Cooper used her smartphone to capture the experience. Others did the same, waved while standing up in slow-moving Jeeps or peeked through car sunroofs. 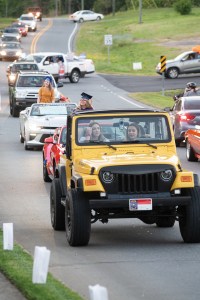 A line of cars parades down Main Street Friday.

Dolores and Wayne Eller were waiting for the parade in their front yard and praised Moody for organizing the event.

Ginger Smith, a retired educator, was standing one front yard away with signs and a large necklace congratulating the class of 2020.

“I think this is the best thing they could have ever done for this year’s seniors, just to get the recognition they deserve,” Smith said, promising that she would be cheering loud enough for people to hear across town. 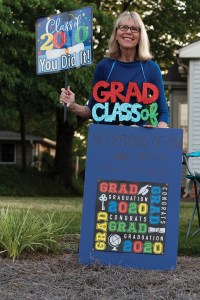 Ginger Smith poses with signs congratulating the class of 2020 before the parade through downtown Faith.

The parade of seniors lined up in cars next to Faith Elementary School, traveled down Gardner Street, through downtown Faith on North Main Street, turned around and made a second run through the middle of town. Lighted paper bags with the names and schools of soon-to-be graduates lined Main Street. A banner was hung over Main Street in the center of town, and storefronts also displayed signs. There were banners for individual seniors placed on light poles, too.

Moody organized the event on Facebook, asking for sponsors to pay for the signs, and said he secured enough money to make the parade possible in about 36 hours.

“I just wanted to give them something to remember that’s positive,” he said. 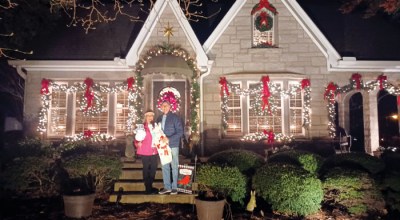