High school: After a great run in Rowan, Nixon heads to Mooresville 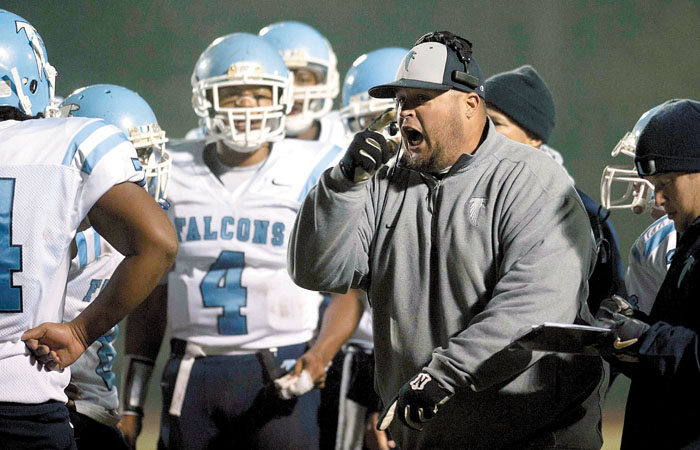 MOUNT ULLA — In 2003, shortly before Catawba College kicked off a new football season, head coach Chip Hester grinned and said that his husky senior right tackle was “a jerk.”

Hester meant that in the most flattering way possible. The jerk was the guy who held everyone accountable and held everyone to a high standard.  The jerk had the loudest voice on the field, but he also owned the most respected voice.

Catawba had the standard four game captains. Two captain spots rotated on a weekly basis, but there also were two permanent game captains, as voted by the members of the team.  One spot belonged to All-America defensive end (Khanis Hubbard). The other went to the rather large, extremely vocal and jerky when he needed to be right tackle —  Joe Nixon.

That was 17 years ago, but it was crystal clear, even then, that Nixon would become a head football coach at some point, and probably a really good one. Eventually, he would do some excellent work on the field at North Rowan (31-8) and West Rowan (41-25) and off it.

The announcement was made on Tuesday that Nixon will be the next coach at 4A Mooresville, just 14 miles away from West Rowan.

“I can’t say enough good things about West Rowan, about the players, the school and the administration,” Nixon said. “As an assistant and as a head coach, I had 13 wonderful years at West Rowan. They guys who coached with me and the guys who I got to coach are the reason I’m in the position that I’m in right now. I understand that.”

He starred at Clayton High, about 17 miles southeast of Raleigh, starting for three years at the same school where his late grandfather, Glenn, became a coaching legend. Glenn Nixon had a 38-year career as a coach and AD, compiled a head-coaching record of 203-95-4, coached North Carolina in the 1982 Shrine Bowl and is in the NCHSAA and Johnston County halls of fame.

Nixon redshirted at Catawba in 1999, but in Blue-White Spring Game of 2000, he proved he was ready to help. He made a steady progression from redshirt freshman backup, to sophomore starter, to second team All-South Atlantic Conference junior, to team leader and All-SAC first team pick as a senior.

“We won a lot of games at Catawba, but beyond that I learned from the coaches there that my role as a future coach was to make the guys who played for me better people, better fathers, better husbands,” Nixon said. “That’s instilled in you at Catawba. That’s what I’ve tried to do. I like to think I made a positive impact in Rowan County and that I can do the same thing with a new group of guys at Mooresville.”

Nixon’s first coaching opportunity came at West Rowan, where the late Scott Young brought him in to coach the offensive line. In time, Nixon would also become offensive coordinator. It was a terrific staff with terrific players — a perfect storm of running game, passing game and defense. Nixon was an assistant for eight years, from 2004-11. In 2008, West launched a 46-game winning streak that would bring home three consecutive 3A state titles from 2008-10. West was state runner-up in 2011.

“Forever grateful to Coach Young for giving me that opportunity as a young coach,” Nixon said. ‘And there were a lot of great guys there who pushed me along.”

Besides being part of a winning streak in 2008, Nixon got married to Hillary Hampton, who was one of the top basketball and softball players in West Rowan history. Hampton played both sports at Catawba while getting a degree in elementary education. The Nixons were married at Catawba’s Omwake-Dearborn Chapel just a few hours after the Falcons won the first of their three state titles in Winston-Salem. Some say that day was the fastest that Joe has ever moved.

In his second season, North won its first 13 games and was ranked No. 1 in the state in 2A for many weeks. The Cavaliers’ lone loss — in the third round of the playoffs to Shelby — ended their season.

In 2014, North ran the table in the Central Carolina Conference for the second straight year and finished 10-3.

Young’s health issues led to Nixon’s return to Mount Ulla to guide West Rowan for the 2015 campaign. He coached the Falcons five seasons.

And while the Falcons weren’t able to fully restore the glory days, they were always hard-nosed, physical, competitive and a team no one looked forward to playing. They generally took on the county’s toughest non-conference schedule and held their own.

Nixon coached 10-win seasons in 2015 and 2016. After a pair of 6-6 seasons, he finished his time at West with a 9-5 team. That 2019 squad had tremendous  playoff wins against Freedom and Crest before losing to eventual state champ Charlotte Catholic.

He had a style, but he could be creative as far as adjusting to his personnel. West made a transition from smash-mouth to spread under Nixon, but in 2019, with a very strong offensive line that included a Division I signee and an East-West All-Star, West returned to pounding it on the ground 80 percent of the time. The results were mostly good.

Now Nixon moves on to the daunting challenge of Mooresville. As far as their daily lives, it won’t mean major changes for the Nixons, who have two children. Mooresville is close. It’s not like taking a job in Charlotte or Raleigh.

But the Mooresville job does provide the chance to coach at a 4A school and to coach against some of the state’s best athletes and programs. Mooresville competes in the I-Meck 4A Conference, which includes Mallard Creek, Vance, Hough, Hopewell, Lake Norman, North Mecklenburg  and West Charlotte. It is considered by many to be the state’s toughest football league.

“I’ve coached in Rowan County a long time and when you go back to my days at Catawba, I’ve been part of Rowan County a long time,” Nixon said. “But I challenge my players all the time to push out of their comfort zone, and now it’s time for me to do that same thing. This is the right time and this is the right opportunity to move out of my comfort zone. Change is never easy, but it’s time to make that change.”

Mooresville is a sound program with a grand  facility, including a turf field, and terrific community backing and support. It’s not downtrodden. The Blue Devils were 7-6 last season and 9-4 the year before that. The Blue Devils have been through a few coaches lately, but there have been extenuating circumstances. Last season’s coach, Thad Wells, only lasted two seasons, but he left for Virginia to take his dream job at the high school from which he graduated.

“Mooresville reminds me a lot of Clayton, where I grew up,” Nixon said. “It’s got that community school feeling to it. I know they are looking for some stability, and I believe I can give them that. I’ve got a lot of good years left. I’m going to go in there and do everything I can to have a positive impact.”

Mooresville and West Rowan are scheduled to open the 2020 season on Aug. 21 in Mount Ulla.