Development in downtown Kannapolis continues on amid COVID-19 outbreak 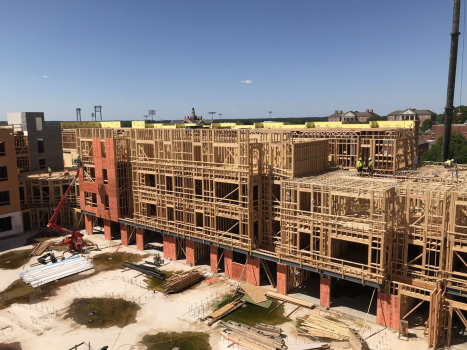 Construction continues on VIDA, an apartment complex in downtown Kannapolis. 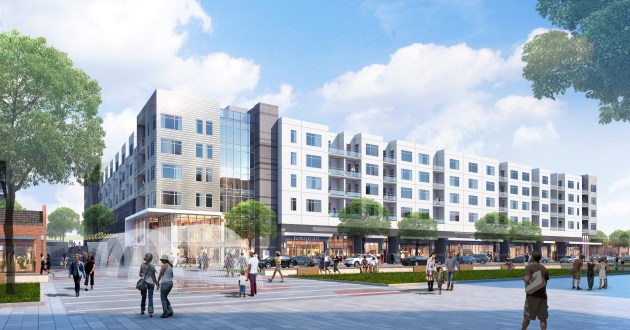 A rendering of West Avenue streetscape with VIDA in the background. 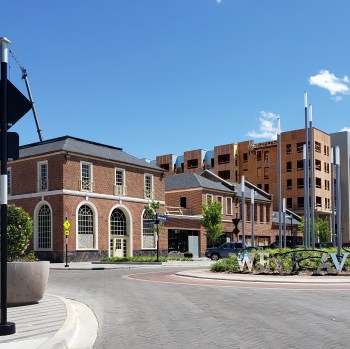 West Avenue streetscape, a project of the city's downtown revitalization, opened in 2019. 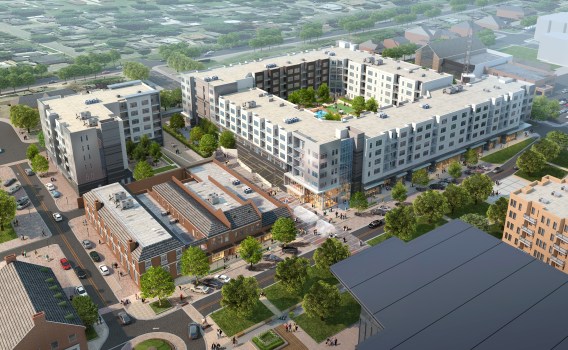 A rendering of downtown Kannapolis with the completed VIDA apartment complex and restaurants and retail spaces filled.

This week, the City of Kannapolis announced VIDA, a private mixed-use district in downtown, has hit its halfway point of construction and is set to open in the winter.

Along with an apartment complex with 286 units, there will be 18,000 square feet of new retail and 36,000 square feet of renovated historic retail space. The city announced R&R Bar-B-Que will be opening in the old Cabarrus Bank building and Sabor Latin Street Grill will open near Old Armor Beer Company on West Avenue. Both restaurants expect to open at the end of this year.

Despite the COVID-19 pandemic and the economic slowdown, development is going to get to the finish line, City Manager Mike Legg said.

“Those business owners feel confident this is a temporary economic downturn, and it will turn around fairly quickly and they’re continuing to move forward,” Legg said. “We’re thrilled with that.”

He said the restaurants were planning to open during the Cannon Ballers baseball season. The opening day of April 16 at their new downtown ballpark was postponed due to the pandemic. A new date has not yet been announced.

Legg said it is frustrating to think that right now downtown Kannapolis was supposed to be exploding with excitement amid a new baseball season, but there are businesses and individuals hurting due to the pandemic.

He said people embraced the investment the city has made to its downtown, such as the West Avenue streetscape, as a place to be during the pandemic.

“That gives us a really good sense of what the future will be,” Legg said. “If that’s the case during a restrictive pandemic, then what does that look like when all those restrictions are lifted and we’re out of this? That’s a positive sign.”

On Wednesday, the Atrium Ballpark opened for residents to walk around the 360-degree walking loop. Today, Cannon City Supply Co. will open and concessions will be open for takeout food.

The Cannon Ballers are also hosting a food drive to benefit Cooperative Christian Ministry today from 4 p.m. to 7 p.m.

Matt Millward, the Cannon Ballers general manager, said Minor League Baseball is community-focused and the team is doing everything it can do to give back.

Millward said it was encouraging to see the buzz of downtown Kannapolis continue with the announcement of the restaurants.

“We are the tenant anchor project downtown,” Millward said. “What’s also going to make us successful and the city and community successful is the businesses that surround us. It’s not just a baseball stadium. It’s everything that goes along with it. And now to see some restaurants, breweries, shops popping up only adds to the lifestyle down here.”

Kyle Lingafelt, the owner of Old Armor Beer Company, said it’s been great to partner with the developers of the VIDA project. He said the brewery, which was the first business to open during the revitalization, is going to capitalize on the apartments opening next door.

He said every business opening drives another.

The investment of downtown Kannapolis has been worth it, Legg said.

Legg said he remains hopeful. He said the city has weathered some storms before, including the bankruptcy and closure of Pillowtex and the Great Recession, which he believes had a bigger impact on the city’s economic future than the pandemic will.