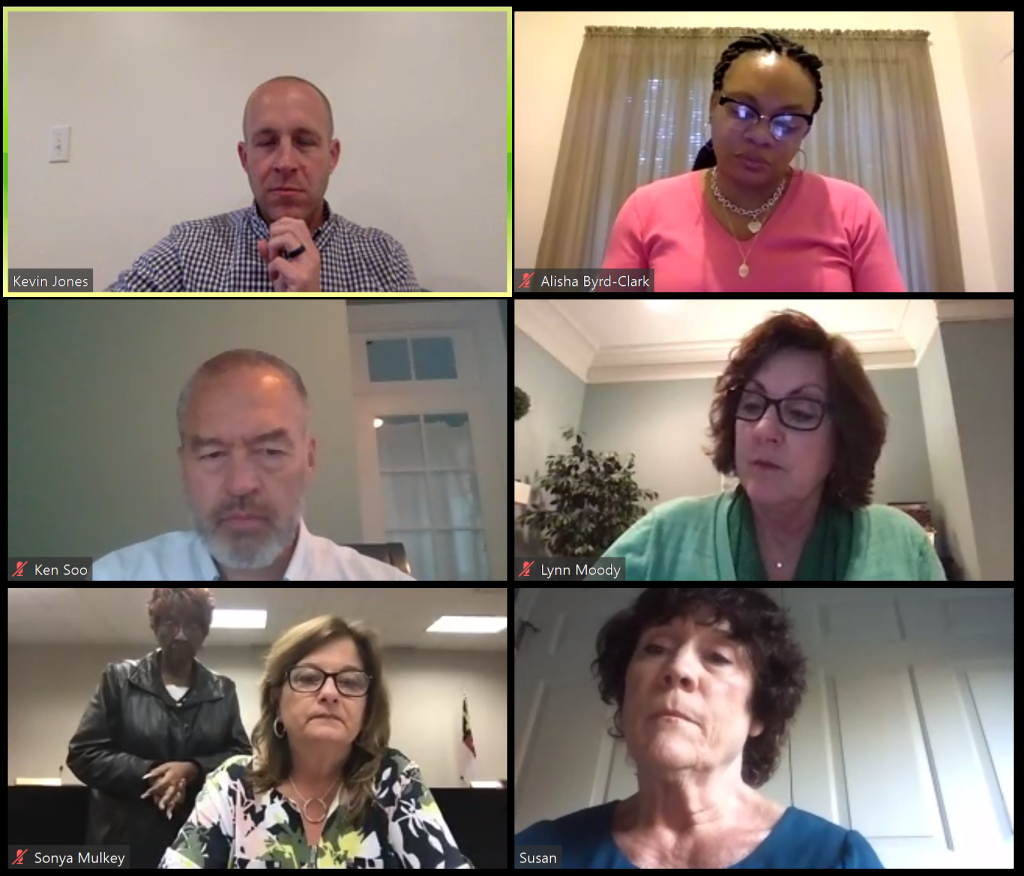 Rowan-Salisbury Schools officials and board members on Monday night. The district will continue to use Zoom for its meetings for the immediate future.

Rowan-Salisbury Schools Executive Director of Secondary Education Tina Mashburn on Monday evening reported the preference of students not to call off the ceremonies entirely to the Rowan-Salisbury Schools Board of Education. The district already has promised in-person ceremonies, but they will not be able to so in Phase 1 of the state’s reopening plan, and the district is not able to set a date because the size restrictions will be lifted is based on continued leveling or declining cases of COVID-19.

If there is a spike in cases there could be more restrictions put in place, and the district is preparing for the possibility of returning to school in the full just to close once again due to a resurgence of the disease.

So, schools will go ahead with virtual celebrations on May 22, the original graduation day, at the original times. Mashburn said each high school will be advertising their own celebrations, which may include a mixture of elements like award recognitions, depending on the school.

The board on Tuesday also agreed to allow district administration to enter contract negotiations with Kelly Education to take over managing the substitute teacher program.

The cost estimate of a fill rate of 85%, which is 10% higher than what the district does in-house, is about $2.1 million, and a few thousand dollars less expensive than if the district were to achieve that fill rate itself.

The board still has to approve a contract which will be brought back at a later meeting, but if it does partner with Kelly, it will grandfather in current substitutes, extend benefits to substitute teachers, remove the cap on hours for substitutes and provide professional development for them as well.