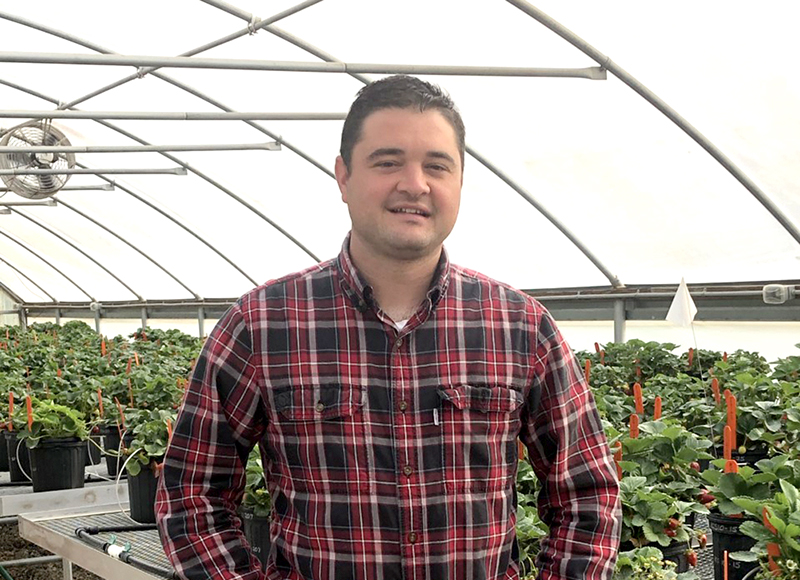 Hunter Barrier will move to Clinton, in eastern North Carolina, from the Piedmont Research Station in Salisbury, where he has worked since 2015, a news release from the state Department of Agriculture said.

Barrier began as a temporary employee and has since moved into roles as a research technician, a research specialist and, most recently, agriculture research manager for the station’s horticulture research unit. He is also the coordinator for the New and Emerging Crops Initiative. He will continue in that role in addition to being superintendent in Clinton.

“Throughout the past five years, I have seen firsthand, both as a research station employee and as a farmer, the impact that agricultural research and NCDA&CS’s Research Stations Division has on North Carolina agriculture,” Barrier said. “I am thankful for the opportunity to join and lead a talented and dedicated team at the Horticultural Crops Research Station in Clinton and look forward to continue supporting agricultural research and advancing North Carolina’s No. 1 industry.”

Barrier earned a bachelor’s and a master’s degree in horticulture science from N.C. State University.

His promotion is effective Monday. For two weeks, he’ll overlap with the station’s current superintendent, Rodney Mozingo, who retires at the end of May.