Ask us: Why are gas prices higher in Rowan County? 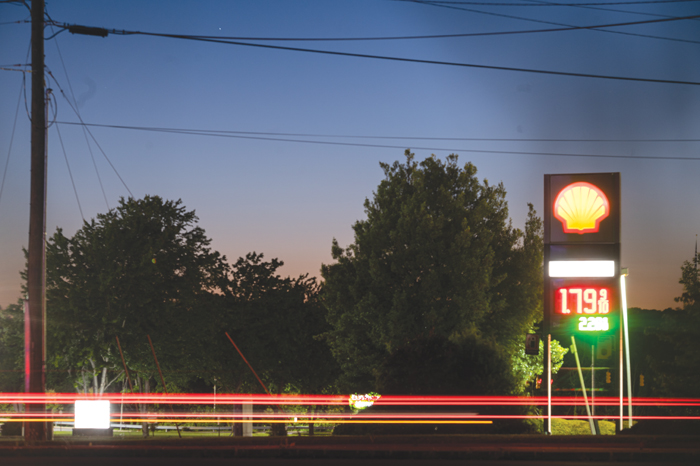 Josh Bergeron / Salisbury Post - A car drives by a Shell Station at the intersection of Jake Alexander Boulevard and Klumac Road in Salisbury. Of neighboring counties, only gas prices in Cabarrus are close to Rowan’s. Others are lower.

SALISBURY — Local gas prices have proven to be higher than most neighboring counties during the COVID-19 outbreak, but the head of the trade organization for petroleum marketers and service stations in North Carolina says that’s a result of market forces rather than price gouging.

COVID-19 has meant people across the nation driving less and lower prices for crude oil across the world. Those changes resulted in lower gas prices, but a number of readers asked why prices in Rowan County had not dropped to the same levels as locations in places like Mooresville, Mocksville and Lexington.

The American Automobile Association (AAA) maintains a gas price tracker that calculates an average of regular unleaded for each county. And it shows Rowan and Cabarrus counties with similar average gas prices — $1.774 and $1.778, respectively. Those numbers are below the national average and above the state average. They are also higher than prices in counties like Davidson, $1.641; Davie, $1.601; Iredell, $1.583; and Stanly, $1.713. Gas Buddy, a company that tracks fuel prices across the U.S., echoes those trends.

And while local operators who spoke to the Post were not able to offer finite reasons for the higher prices and others did not return a request for comment, Gary Harris, executive director of the North Carolina Petroleum and Convenience Marketers, says a range of factors can influence what customers pay at the pump.

“People sometimes think that it’s always the oil companies are out to stick it to the people, but it’s truly a commodity product,” Harris said.

Among other things, the final price for customers includes $54.75 in federal and state taxes, costs from additives that companies include, insurance costs and typical businesses expenses like renting or owning the land where the gas station sits. That local gas may be coming from the same terminal in Charlotte or Greensboro, Harris said, does not necessarily mean that prices will be the same.

“A lot of it just depends on the individual dealer or wholesaler and what their costs are,” he said. “It’s a commodity product and it’s all about what the market will bear at a certain point in time. … There are just so many variables to consider.”

Included in those variables are that some locations in the state have seen large declines in gas prices and that they still need to pay the same bills.

Asked by the Post about price gouging concerns, the N.C. Department of Justice said it’s hard to make that argument unless prices now are much higher than what was charged prior to the current outbreak.

“The issue we have to focus on for price gouging purposes is whether the prices are ‘unreasonably excessive under the circumstances,’” said Department of Justice spokeswoman Laura Brewer. “And the law directs us to look at, among other things, what prices were being charged prior to the state of emergency.”

As states “reopen” for business, the American Automobile Association said it’s expected that demand for oil will increase. Last week, the national average for a gallon of regular gasoline increased by three cents, to $1.81. That price was 10 cents lower than a month ago and $1.07 lower than a year ago.

North Carolina’s gas price regular unleaded average on Sunday was $1.673, according to AAA. That was 6 cents higher than a week ago, 6 cents lower than a month ago and about $1 lower than a year ago.