Where are they now? 20 years ago, Moore led memorable run by Cavaliers 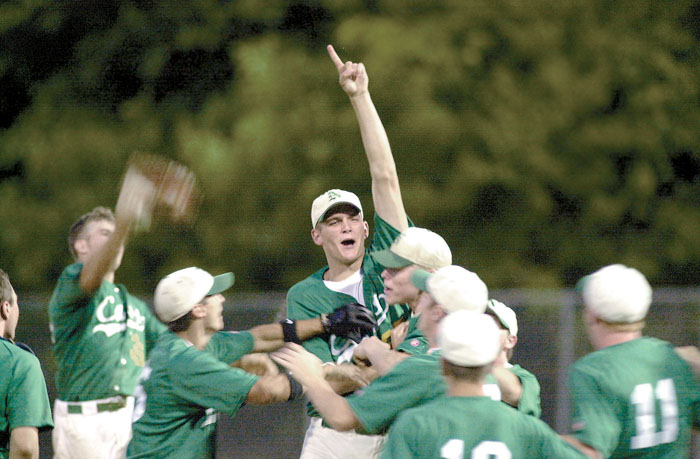 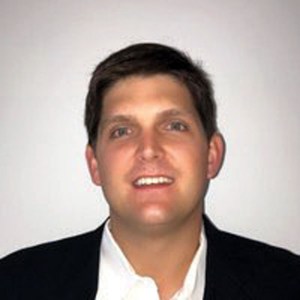 RALEIGH — The baseball gods have a fiendish sense of humor.

For years, whenever Daniel Moore headed from Chapel Hill or Raleigh to his wife’s home in Greenville, he’d have to drive past Five County Stadium and the Best Western hotel in Zebulon where North Rowan’s baseball team stayed on those fateful days in May in 2000 when the Cavaliers took on Greene Central for the 2A state championship.

“I was so glad when they finally got a bypass built around Zebulon and I didn’t have to see it anymore,” Moore said.

Now 20 years removed from North’s tantalizing near-miss and 17 years removed from being a second-round MLB draft pick out of the University of North Carolina, the 37-year-old Moore is a husband, a father of three (ages 4, 6 and 9) and a prosperous executive vice president for a pharmaceutical company.

Injuries made his can’t-miss pitching career miss, but he found success by going back to school and finishing his degree in economics at UNC. Then he earned his master’s at UNC’s Kenan-Flagler Business School.

So he’s hurled quite a few shutouts against adversity even after baseball was over. He’s fared extremely well in life, but that doesn’t stop those setbacks in Zebulon from nagging at him.

“With age comes clarity, but it does still sting,” Moore said. “We finished second. That wasn’t the goal.”

Moore came from a family of hurlers who starred for North Rowan and Rowan County American Legion. He followed his father, Jack, and older brother, Sandy, to the mound. They were craftsmen, but Daniel, who stood 6-foot-5 and could fire fastballs or spin curves with equal audacity, was more gifted. In 1999 and 2000, once his confidence caught up with his talent, he was totally dominant in high school for coach Bill Kesler. The Cavaliers would have been good even without Moore, but he was special, and he made them great. When he pitched, they won.

Moore said the turning point in his career came in the summer of 1998, between his sophomore and junior years at North.

American Legion playoffs then were a series of grinding, grueling best-of-sevens. The Western championship in North Carolina that summer came down to Area III champion Rowan County against Area IV kingpin Cherryville and Ralph Roberts, a powerful slugger and pitcher. Cherryville took that epic series, four games to two, and Post 100 wouldn’t be stopped until it was runner-up in the Legion World Series. But Moore was terrific in relief against Cherryville. He pitched three times in relief for coach Jim DeHart and put up six scoreless innings.

“Pitching in front of the crowds we had for that series and doing so well against a talented Cherryville lineup, that did wonders for my confidence,” Moore said.

With Moore coming into his own, North knew it could challenge for the Central Carolina Conference championship in 1999. The Cavaliers proved to be even better than anticipated. North ran the table in the CCC. The only two regular-season losses were to East Rowan, and the Cavaliers beat the Mustangs in a third meeting late in the season.

North stood 22-2 after Moore pitched four shutout innings against Union Pines in the first round of the 2A playoffs.

But North suffered a bad first inning against West Wilkes in the second round, got down four runs, and the season suddenly was over.

“We just couldn’t recover from that early deficit,” said Moore, who finished his junior season with an 11-0 record and 125 strikeouts in 74 innings.

The most aggravating thing about the 1999 season from the Cavaliers’ viewpoint was that CCC rival East Davidson went on to win the 2A state championship. North had handled East Davidson 12-7 and 3-0 during the regular season and 11-4 in the CCC tournament championship game played right before the playoffs.

“We beat them three times, and we definitely felt like we were a better team,” Moore said. “But East Davidson was a good team that got hot at the right time.”

East Davidson got crazy-hot. Shortstop Neil Thompson homered in nine straight games for the Golden Eagles, including one off Moore in the CCC tournament. After East Davidson won the state title with a 23-9 record, Thompson appeared in Sports Illustrated’s “Faces in the Crowd’ feature.

North graduated solid players from the 1999 team — including No. 2 pitcher Jesse Boger and outfielders Paul Black and Darrell McCall, the catalysts for the offense — but North returned a number of starters in 2000, including catcher Brad Canipe, shortstop/pitcher Nate Woodburn, second baseman Erik Mowery and left fielder Cass Jarrett.

North actually started that season, 0-1, with a 1-0 loss at West Rowan on opening day.

Moore had a truly phenomenal senior season, even though he lost two 1-0 games, One of the losses went extra innings, and he struck out 29 batters in his two setbacks.

North again went 12-0 in the CCC. Kesler repeated as coach of the year in the CCC, while Moore repeated as player of the year. Moore pitched four innings of no-hit ball against Salisbury to close the regular season. He was 7-2 at that point, but then he would have one of the greatest post-seasons in county history.

Moore’s eighth win came when he pitched a one-hitter in the CCC tournament semifinal to beat North Stanly. Then Doby pitched a three-hitter to shut down Ledford in the CCC championship game.

North Rowan’s first-round playoff game was so easy — 11-1 in five innings against North Henderson — that Moore only threw four innings and 61 pitches.

So he was able to come back and start again in Round 2 — against West Wilkes, the team that had ended the Cavaliers’ 1999 season. Moore wasn’t as his best. He threw 109 pitches and walked six, but he got the win.

“Coach Kesler made a second trip to the mound (in the seventh) and had to take me out,” Moore said.

Goodman got the last two outs in a tense 5-2 win.

In the third round, North survived a wild, see-saw affair with Ledford. North pulled it out, 7-6, when Doby squeezed in the winning run in the bottom of the seventh. Moore, North’s fourth hurler, was the winner.

“What I remember about that game is Jarrett hitting a line drive off their pitcher’s head, and the ball was hit so hard that the center fielder almost caught it with a dive,” Moore said. “If he does catch it, we get doubled off on the bases and we probably don’t win that game.”

Moore took charge in the state semifinal. Playing at home, North beat Southwestern Randolph, 4-1. Moore dominated with a one-hitter and 11 strikeouts. No odd bounces were needed. North was headed to the state championship against Greene Central at Five County Stadium.

“So few people get to experience something like that,” Moore said. “You can’t really appreciate the feeling at the time, and it goes away too quickly.”

It was a best-of-three series against Greene Central.

Moore, of course, got the ball for Game 1. The first sign of trouble came in the top of the first.

“I got the first two guys out, and I believe I had a 2-and-1 count on the 3 hitter, a kid named Jon Davis,” Moore said. “He wasn’t big, and I threw him a fastball, kind of dared him to hit it. He hit it off the wall on a line.”

Canipe hit a huge homer, Moore helped himself with his bat, and the Cavaliers won 3-1. Incredibly enough, that gave Moore five wins in a five-game stretch.

But Greene Central got eight hits against Moore, including three by Davis. Everyone knew it was going to be tough for North to win the second game it needed for the title — and that proved to be the case.

“Greene Central could hit,” Moore said. “And we were a pretty small school. We didn’t have the depth.”

The North players moved immediately from the losses to Greene Central to Legion ball. Woodburn, Canipe and Mowery joined West Rowan’s Ben Hampton and an army of talented players from East Rowan in an imposing lineup, while Moore, Brian Hatley and Julian Sides anchored a deep pitching staff.

“That was the first year Legion held a double-elimination state tournament at one site, bringing all eight teams there,” Moore said. “That was a format that didn’t benefit us. We were really deep that year and would have been tough in a seven-game series.”

Rowan lost to host Caldwell County and finished second. Two silver medals in one year. That was tough for Moore to take.

Moore was drafted late out of high school, but it wasn’t a hard decision to go on to UNC. Moore was 18-10 in three seasons in the rotation for the Tar Heels. When the San Diego Padres took him in the second round in the 2003 draft, the 41st pick, the signing bonus ($800,000) was too good to turn down.

Moore had everything he needed for pro success. He had the size at 6-5, 225. He had the curveball, the changeup and a 93 mph fastball, but injuries, first to the rotator cuff and then to his elbow, drained the joy out of baseball. He was done with the game in 2004, after just 19 minor league outings and three victories. He believed he could succeed after the cheering stopped, and he proved he could.

Still, most of the baseball memories, especially the green and gold springs of 1999 and 2000 when Moore was close to invincible, are warm and sweet.

“When you’re playing high school and Legion, there’s not a lot of responsibility and worry,” Moore said. “It’s just fun. There’s joy in just playing the game at that age, and then I was one of the fortunate ones who got to keep playing.”

He doesn’t spend much time on Facebook and Twitter, so he’s gradually lost touch with most of his North teammates. Families and jobs eventually replace baseball as the priority in life. Moore’s Class of 2000 hasn’t held a reunion yet.

There was a day when Moore’s job took him to Snow Hill, the home of Greene Central. That was a bummer, but most days he has no complaints about the hand life has dealt him.

“We lost our championship game, and it hurt, but at least we got to play it out on the field,” he said. “I really feel for the athletes who didn’t get to finish their seasons on the field this spring. That would be hard to take. A lot of kids are having to deal with grown-up problems way too early.”