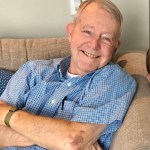 Being among crowds can be dangerous. Witness the stories of vacationers on cruise ships, crowded sidewalks, theaters and sports arenas. Recognize, then, the prudence of avoiding such places and behaviors through “social distancing.”  Inarguable results demand attention.

Economic fundamentals have been made clear. I have written here before that the foundation of our free-market economy is a tangible product, sold at market for a profit. That profit, when taxed, begins the flow of money to our various levels of government. The efforts begin with farming, mining and manufacturing; these are then made available to the consumer through transportation, markets and a banking or currency system. Suddenly, truck drivers, retail stockers and cashiers take on newly realized importance.

Entertainment in all forms becomes almost non-essential and reveals the difference between tasks that benefit society and those to which we choose to attach importance.

Society, not political systems, has established income inequality. We cannot simply assert that some jobs are worth more than others, but we can recognize that society has supported those differences.  Professional leagues such as the NFL, the NBA and MLB reward their “performers” with huge financial contracts. Perhaps they are the real “victims” of isolation: with no performances, there are no gate receipts; and team owners are stuck with the contract salaries due the players. Colleges and universities lose huge amounts of money when stadiums and arenas sit empty. Music performers face the same sudden loss of concert ticket sales. Pity all of these, if you are kind.

With many school years suddenly shortened and schoolwork now in the hands of students and family members, I’ll just bet there are more than a few parents who wish they had paid closer attention when they themselves were students. Yes, teachers really are important.

All this has been caused by a virus not known to the general public before now. The virus (properly identified as SARS-CoV-2) that causes the disease known as COVID-19 is only one of several coronaviruses that have killed people before now. Please recall the 2002-2003 outbreak of Severe Acute Respiratory Syndrome (SARS), and the 2012 outbreak of Middle East Respiratory Syndrome (MERS). The common cold is another coronavirus but is not known to be deadly.

Since vaccines for viruses must be specific to each virus (such as measles, mumps or polio) and since this virus is new (or “novel”), no one has a vaccine ready for mass production. If someone asserts that we should have been better prepared, ask them to define and describe the next virus (now unknown) for which we must have a vaccine.

We also have been introduced to predictive models that estimate the severity of the outbreak and death totals. We have seen they can be inaccurate. We have learned a new phrase, “flattening the curve,” which was used to help us understand the need for caution so that hospitals are not overwhelmed by the sickness.

Most of us have not experienced such a pandemic as this in our lifetimes.

The last was just about a full century ago and was called the “Spanish Flu.” That one took hundreds of thousands of lives worldwide between 1918 and 1920.  Pray that this one does not.

One last thought: N95 is not a Bingo call out.

I was dismayed recently to hear Lt. Gov. Dan Forest siding with the organizers of the Reopen N.C. rallies protesting... read more