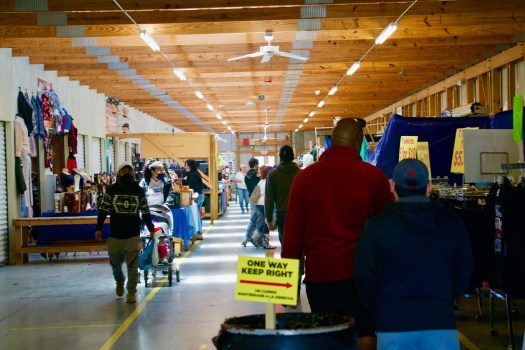 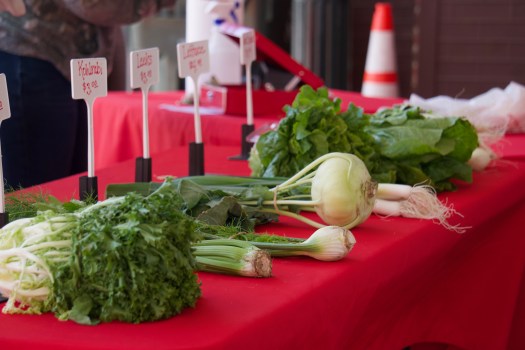 Carl Blankenship/Salisbury Post - Some examples of the produce being sold by Correll Farms at the Salisbury/Rowan Farmer's Market. 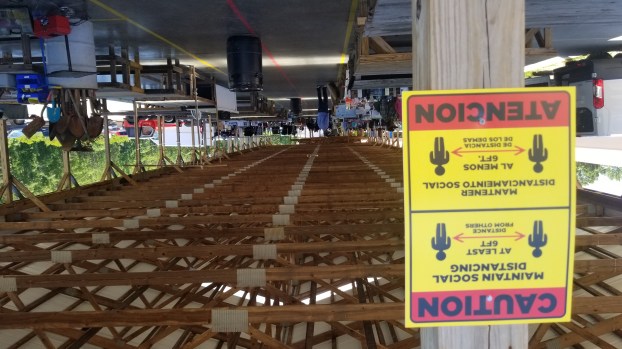 Carl Blankenship/ Salisbury Post - Signage asking customers to stick to the six-feet rule were at the entrances of every building at Webb Road Flea Market.

SALISBURY – The Salisbury/Rowan Farmers Market and the Webb Road Flea Market both opened on Saturday, the first time since the COVID-19 pandemic came to Rowan County.

The farmers market originally planned on opening in March but had to delay in order to comply with state directives, and the flea market closed on March 15 in response to the pandemic.

The easing of restrictions by the state, which began at 5 p.m. on Friday, allowed some nonessential businesses to reopen if they follow social distancing guidelines.

The farmers market encouraged anyone who is sick to stay home, enforced the 6-foot rule for social distancing, encouraged households to only send a single healthy person to shop, sanitize their hands when they entered the market and make lists so they could shop more quickly.

This was also the market’s debut at its new Kerr St. home and featured a mix of handmade goods and food.

Mike Miller of Miller Farms and president of the market said it was a good day.

“People are adjusting to the changes that we’re making,” Miller said. “They understand.”

Miller said the market had a good turnout early in the morning despite the weather.

Onica Perry, a first-time vendor at the market who sells zero-waste natural cleaning products, said she was surprised that she sold out of some of her products.

David Correll’s century farm sells a wide variety of produce and depends on attending farmers markets for part of the farm’s revenue.

At the flea market, depending on the day, you can find anything. Hats, knives, tools, snacks, birds, sunglasses, jewelry, tacos, vinyl records, antiques, curios, hardware, machetes, weed whackers and underwear are all for sale at the market, which is a combination of outdoor stalls and interior shops.

The 120,000 square foot market still managed to draw heavy foot traffic on its first day, and the facility stepped up to try stick to guidelines by limiting the number of vendors and shoppers, setting maximum occupancy limits in its buildings and increasing its cleaning protocols on high-touch surfaces like drink machines.

All of the staff and vendors at the market were required to wear masks and sanitize their hands throughout the day.

The market also posted signs on the entrances to each building and covered area telling shoppers to stay 6-feet apart, and dividing walkways down the middle to encourage shoppers on to stay on each side of the walkway.

Market Manager Buddy Johnson said he knew there would be a turnout, but the foot traffic at market will be slow compared to the normal business it does for the next few weeks because  some older people have a higher risk of serious illness from the infection and may decide to stay home.

Johnson said, on the whole, the first day was smooth.