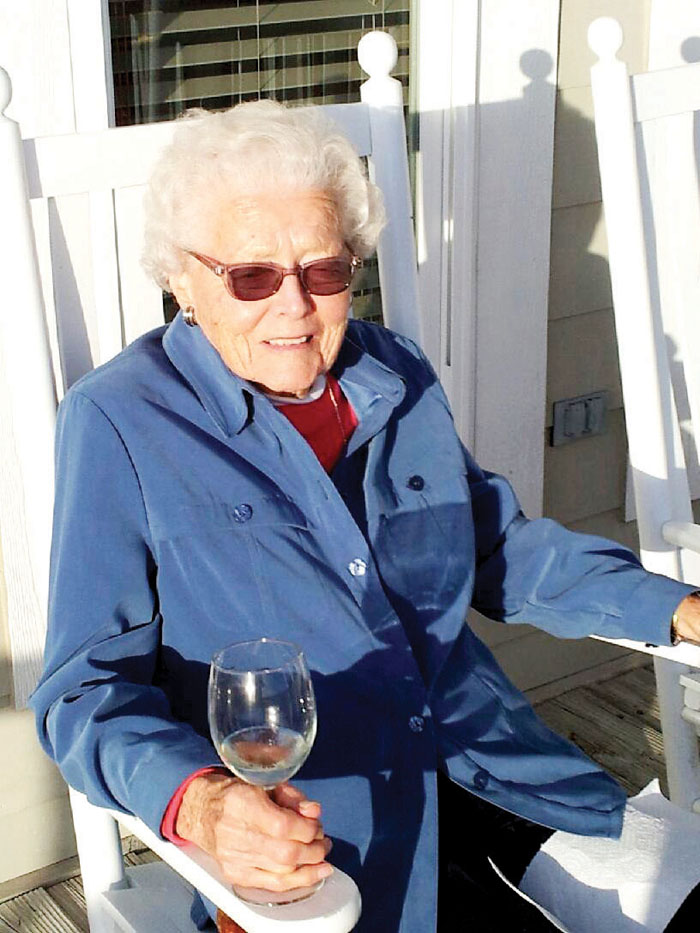 Dorothy Barber Ellis of Salisbury celebrated her 100th birthday on May 8, 2020.

Dorothy Barber Ellis, of Salisbury, celebrated her 100th birthday on May 8. Ellis was born in the family home in Barber on May 8, 1920. Her parents were J. C. (Claude) and Laura E. Barber. Ellis was the fourth of six children, and is the only surviving sibling. She was educated at Cleveland School, and was valedictorian of the first class to attend all 11 grades there. She then attended Catawba College, and graduated with a degree in business administration. At Catawba, she met W. Edward (Ed) Ellis and they married April 8, 1943. Their honeymoon was a trip to Orange, Texas, where they lived while Ed’s Navy destroyer was under construction. Dorothy returned to North Carolina when Lt. Ellis shipped out to the Pacific.

After World War II, Ed and Dorothy moved to Cleveland, where they taught and Ed coached all sports at Cleveland School. They had two children, Eddie (Jane), of Conover, and Mike, who passed away in 2008 while living in Laguna Beach, California. She is also a proud grandmother to Andrew, who lives in New York. Dorothy was also corporate secretary/bookkeeper at Thompson Veneer Company in Cleveland for years, and also was in charge of foster home licensing and adult rest homes for Rowan County Department of Social Services. She is a member of Christ Episcopal Church in Cleveland, where she served as treasurer for many years. After Ed passed away in 1997, she lived in Barber until 2018, when she moved to Trinity Oaks. She remains very active, and enjoys especially playing RummiKub with her niece Barbara. She is also a champion at Wii Bowling, with many games above 200. She still enjoys her walks around Trinity Oaks and visiting with family and friends.