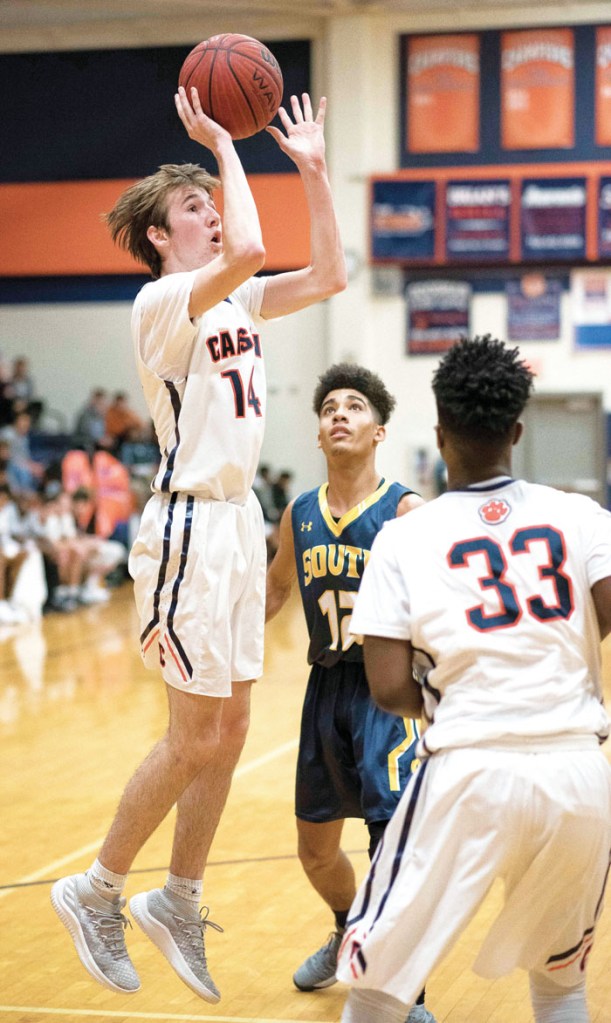 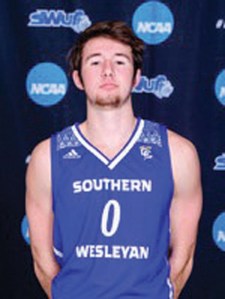 SALISBURY — Cole Perry, a 6-foot-4 Carson High graduate, is famous not only for coming back from ACL surgery in just five months, but for coming back so strong that he averaged 17 points and 7 rebounds and made all-conference and all-county teams.

Perry’s courageous and remarkably rapid comeback for the Cougars in 2018-19 proved beyond a reasonable doubt that he’s a talented basketball player.

But his career has been on hold for a while. He redshirted during the 2019-20 season at Division II Southern Wesleyan, a once-downtrodden program that made a serious surge and won the Conference Carolinas Tournament.

Southern Wesleyan, which lost a 94-87 battle with Catawba at Goodman Gym in December, was preparing to take on Queens in the D-II Southeast Regional when all the regionals were canceled due to the COVID-19 pandemic.

Recently Perry announced he’s transferring from SWU to College of Coastal Georgia, a school that competes in NAIA.

“I’ve got nothing but appreciation for how I was treated at Southern Wesleyan,” Perry said. “But what I need now is a fresh start.”

Prior to his ACL injury in the summer of 2018, Perry, a tall guard with a lot of skills, was drilling 3-pointers on the AAU circuit and appeared likely to attract a number of Division II offers. Even though Perry somehow made it back from surgery for the last 20 games of his senior high school season, scored 20 or more points in eight of those games and totaled 50 in the last two, he still was not close to 100 percent. His shooting was fine, but he didn’t have the bounce or the quickness he had before the injury.

Perry’s recruiting options were reduced by the ACL ordeal, but he was fortunate to get a shot with Southern Wesleyan. The newly hired coach there, Nick Pasqua, had been a regular viewer of Perry’s AAU games when he was the head coach at Tusculum. He’d seen Perry play before he was hurt and knew what he could do.

Perry had planned to redshirt at Southern Wesleyan in 2019-20 to give him a chance to completely recover from the ACL, but he also realized how beneficial a year of practicing with the team would be. But then he had another setback. He suffered a torn meniscus before the start of pre-season practice.

“That kept me out for eight weeks,” Perry said.

The good news is that the 20-year-old is feeling great physically now and is eager to start over.

“With the virus, it wasn’t the best spring to try to find a new school and if I transferred to another D-II school I’d have to sit out a year,” Perry said. “But I think I found a great fit in NAIA with Coach (Jesse) Watkins and Coastal Georgia.”

It’s in a beautiful area in southeast Georgia. Beaches and golf courses.

The Coastal Georgia Mariners were 13-17 in 2019-20, so there’s a chance that Perry can give them a boost. Athletically, the school is known more for golf than basketball. The men’s golf program put up a national championship banner in 2014. The tennis and volleyball teams also have been nationally ranked in NAIA.

Academically, Perry is still focused on a sports management major. There’s a very good chance he’ll be a future coach. He’s part of a hoops family. His uncle, Brian, has been Carson’s boys basketball coach since the school opened. His sister, Carleigh, and his first cousin, Colbie, are standouts for Carson’s girls program. They’re both in the Class of 2021.

One of Perry’s best friends is High Point University signee Bryson Childress, the leading scorer in Stanly County high school history, and they work out together frequently, preparing for the upcoming season.