KANNAPOLIS — A China Grove man was charged Sunday with a weapon violation and violating a protective order after he showed up at his estranged wife’s home with two firearms, according to the Rowan County Sheriff’s Office. 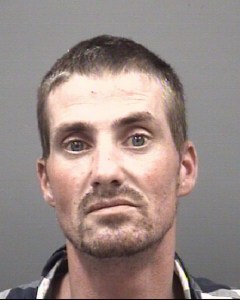 Levi Bryant Smith, 36, of Daugherty Road, was charged with felony possession of a firearm by a felon, misdemeanor possession of drug paraphernalia, violating a 50-B protective order and misdemeanor resist, obstruct, delay an officer.

Rowan County Sheriff’s deputies went to a home in the 2200 block of Kenwood Drive, where they were informed that Smith had driven to his estranged wife’s home the night before. Smith left the scene before the deputy’s arrival, but warrants were obtained and two handguns were seized from the scene.

Early on Sunday morning, deputies located Smith in an outbuilding next door to the Kenwood Drive home. According to a report, Smith would not comply with the officers’ commands and yelled for the officers to shoot him.

The officers used a stun gun on Smith but noted that it had no effect because the barbs latched onto his loose-fitting shirt.

Rowan EMS was requested because a stun gun attempt was later successful and Smith was believed under the influence of a substance. He was placed in the Rowan County jail under no bond because of the domestic violence-related initial call and an additional $2,500 secured bond.