High school track and field: East sprinter has all the Wright moves 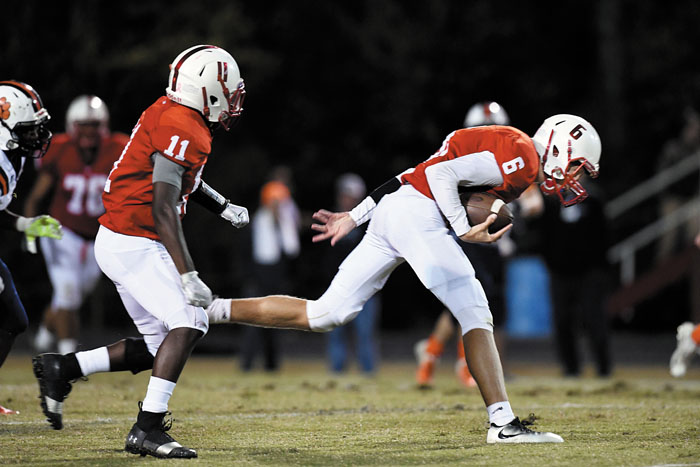 East's Cooper Wright makes a catch and runs for a TD during a game against Carson on oct. 18, 2019 . photo by Wayne Hinshaw, for the Salisbury Post 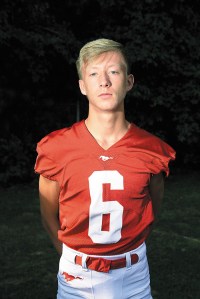 Wright.Cooper East 6. photo by Wayne Hinshaw, for the Salisbury Post

On top of that, he’s a track and field senior who has watched certain championships and probable records get swallowed up this spring by COVID-19.

“I can’t tell you how disappointing this spring has been,” Wright said. “I believe I was second in 3A in the 400 when the season stopped, and I hadn’t run close to my best race yet. I was three-hundreths of a second away from the school record for the 400. Not being able to get that was tough.”

East track historian Rick Roseman says the school record for the 400 still belongs to Howard Cowan, who ran 50.0 for the Mustangs in 1986.

Wright stays sane by targeting the future, not lamenting the present or the past. He focuses on getting stronger and faster every day.

He is thankful for the opportunity to compete in Division I track for the UNC Wilmington Seahawks. He realizes he’s lucky. He understands most of his senior friends and teammates will never get to put on a uniform again, much less compete at the D-I level.

“I do feel really blessed right now,” Wright said. “Having only a two-meet senior track season, not being able to put up the times I know I could’ve run, I wasn’t expecting to get anything, but I did get offers from UNC Wilmington and Appalachian State. They were willing to take a chance on me.”

Tall, lean and blond, Wright looks like a prototypical distance man, but that’s not who he is. He’s a guy who can fly, a flash of red who excels in what is generally considered the most challenging event on the track — the 400 meters.  That’s one oval lap, sprinting curves and bolting straightaways, all of it at full blast.

There was a time when the 400 was considered merely a run, but it’s correctly been promoted to a dash. It’s the event where pure speed intersects with endurance, guts and discipline. There’s nothing quite like it. The human body wasn’t designed to sprint 400 meters, but Wright has embraced the challenge, even though each race leaves him drained and some leave him in pain.

Wright’s special wheels were obvious on the football field, but he didn’t get to use them nearly enough to change games for head coach John Fitz.

Early in his senior season, when Wright and quarterback Logan Forbis were both healthy, it looked like East might have a devastating passing attack to complement running back Sammy Pinckney. On opening night, Wright had three catches for 72 yards and two touchdowns against North Stanly.

“But from there, it turned into a tough year,” Wright said.

By the time Wright made a surprising return in late October, East had become almost exclusively a running team, employing a “Wildcat” to take the snaps. Wright’s three catches late in the season produced 145 yards and two TDs. He had a great chance to go all the way any time he caught a slant.

When Wright came out for the track team as a sophomore, he still thought of himself as a football guy and had no clue what the future would bring.

“I was thinking distance and our coaches were thinking distance,” Wright said. “But then there was a meet when we needed someone to run a leg of the 4×400. They put me in there and I did pretty well.”

In the Rowan County Championships in the spring of 2018, Wright’s sophomore year, his 400 times were decent, but far from special. He was East’s third-best 400 man, after Jacob Downing and Chase Whitley. He ran 56.51 for ninth place in the county, although he did help East win the 4×400. He ran 56.12 for 10th place in the North Piedmont Conference Championships and helped East’s 4×400 team take second.

Wright works at it — lifting every day — and he’s continued to get stronger physically and tougher mentally. Last spring, as a junior, he won the 400 in the Rowan County Championships. He ran 53.46 and was the victor in a mild upset. He also helped East get points in the 4×400 and 4×800.

Two weeks later, in the NPC Championships, Wright took the 400 in 52.64 seconds, but the quantum leap was still ahead.

That jump came in the 3A Midwest Regional in Monroe, after he barely qualified to make the trip.

“I was the 16th seed in the 400, running out in the eighth lane, but I was determined to beat some people,” Wright said. “I told myself I wasn’t going to finish last.”

He placed fifth in the regional, running a time of 50.88 seconds, almost two full seconds faster than he’d ever run. The top four in the regional advanced to the 3A State Championships. Wright missed by nine-hundreths of a second.

Wright ran indoor track in the winter, where his main event is the 500 meters. He ran some 1:09s and won his Polar Bear meets — indoor meets held on outdoor tracks — but it took 1:08s to qualify for the state meet.

He was ready to make up for another near-miss in his senior outdoor season.

He wasn’t pushed hard by the competition in either meet and was confident he could break 50 in East’s third meet.

But he never got that chance. The season was shut down.

But school records and contending for a state title now fall into the what-might-have-been category for Wright.

Wright’s older sisters, Avery and Olivia, were good athletes at East, but they were volleyball players, not sprinters.

Wright’s parents, Leslie, and Mike, an Indiana Jones sort of adventurer who climbs mountains and has ridden his Harley to Alaska and back, met in Boone and are Appalachian State supporters, so Cooper’s choice of UNC Wilmington was a bit surprising.

But the determining factor was UNC Wilmington’s recent hire of Max Coleman as an assistant coach. Coleman was a Catawba assistant before he headed to UNC Wilmington. He’s familiar with Wright and his potential.

Academically, Wright won’t try to sprint. He has a thorough, five-year plan. His goal is a master’s degree in finance and investment management.