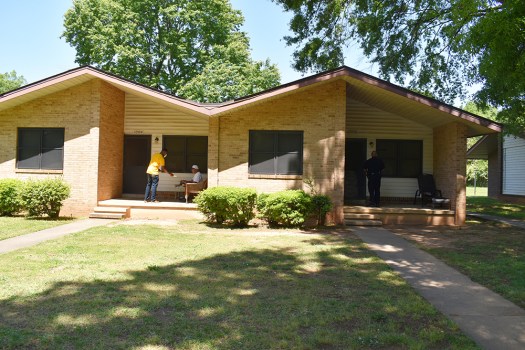 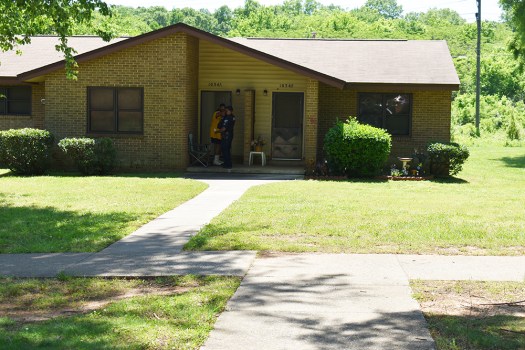 A police officer talks to a resident during the Stop the Violence walk. 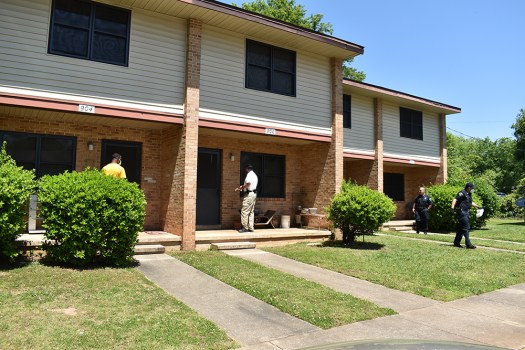 Salisbury Police officers and community members knocked on doors at the Lafayette Street Apartment complex a week after a deadly shooting. Police wanted the residentes to know they are continuing to investigate and shared a flyer with ways to share information.

SALISBURY — One week after a deadly shooting on the 900 block of E. Lafayette Street, Salisbury police returned Sunday for a Stop the Violence Community Walk.

Jonathan Ijames was shot multiple times and died at the scene of a Lafayette Street Apartment complex. Others were injured in a gunfire shortly before noon April 25, including Andreon Kerns, Kyshawn Robinson, Reginald Oglesby, a 15-year-old girl and another man.

Police are continuing to investigate. Police Chief Jerry Stokes said he is confident the investigation is in a good spot, even though it’s been a week.

Police officers, several members of The Refuge Church, Salisbury-Rowan NAACP President Gemale Black and a member of the victim’s family met up and began knocking on doors to pass out flyers about ways to share information with the police department and to tell the residents they are not done investigating. The officers left flyers at every residence even if they didn’t answer the door.

Stokes said the police presence has been upped this week, which is an important part of the investigation because little bits of information might be what make the whole case. It’s knocking a domino, he said.

Stokes said he understands that some residents are fearful of retaliation, which is possibility.

Black said it takes a village to solve crimes. The NAACP’s involvement in the community policing efforts is essential.

Stokes said community policing should also extend past institutions, and “needs to be plain ol’ community members willing to partner with the officers that work in their neighborhoods.”

Black said he would like to see more community leaders come out to Stop the Violence walks.

The Salisbury-Rowan NAACP has partnered with the Salisbury Police Department before, including last summer’s Cease Fire events. Black said the Cease Fire and the Stop the Violence walk will not be the last time the organization and the police partner.

“As long as the police department does right, we’re going to continue to stand with them,” Black said. “Our end goal is the community’s end goal.”

Police chaplain Alberta McLaughlin prayed before the group began knocking on doors, asking that justice would be done on the case.

The participants practiced social distancing and some wore masks, following the guidance of health officials during the COVID-19 outbreak. Stokes said not much was different from previous walks, except for wearing a face mask and not shaking people’s hands.

Police encourage anyone who has any information on the incident to contact the Salisbury Police Department at 704-638-5333 or call Salisbury-Rowan Crime Stoppers at 1-866-639-5245. Tips may be submitted online at tips.salisburyrowancrimestoppers.org. Tipster identity is not required and information will remain confidential.

Police are offering an award, and Stokes said they want to give that money away.