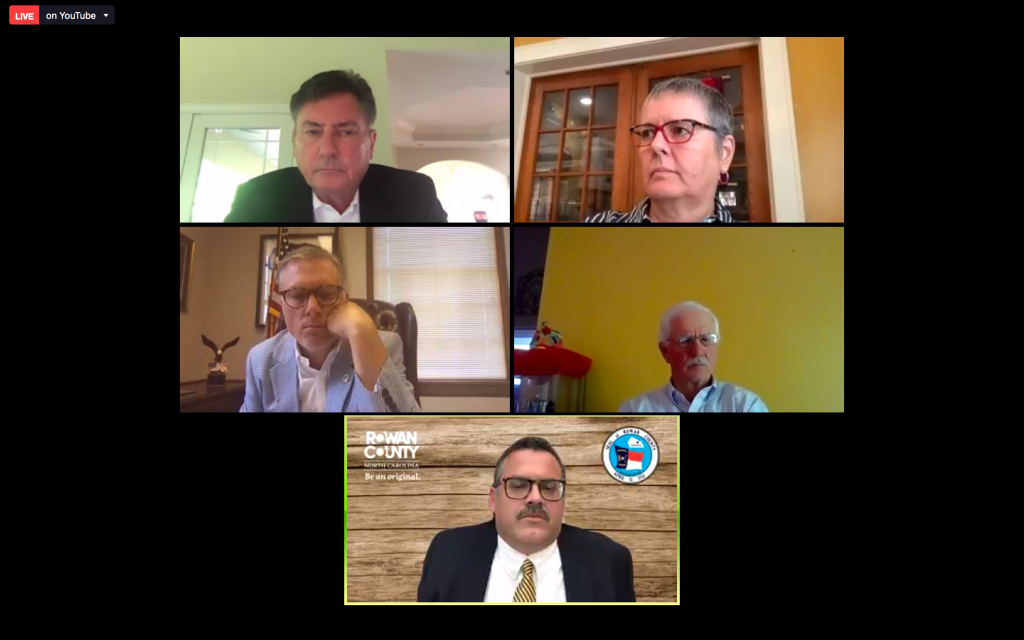 SALISBURY — Rowan County commissioners on Monday implemented an immediate hiring freeze for county departments in an effort to limit expenditures during the uncertain future of COVID-19’s economic impact.

As economists continue to measure the impact from COVID-19 on sales tax revenue and with the presentation of next fiscal year’s budget a month away, County Manager Aaron Church said hiring freezes are the first step in limiting expenditures.

Commissioner Craig Pierce asked about the effect a hiring freeze would have on employees who are close to retiring or employees who decide to resign from their positions. Church said hiring for those positions would freeze unless an exception is made. Department directors can petition for exceptions to the hiring freeze by submitting a completed “Hiring Freeze Exception Request Form” to Church’s office.

An exception to the hiring freeze, Church said, will be considered for positions that are critical to citizen and employee personal health and safety and in compliance with federal, state and local laws and regulations and the delivery of essential county services.

Pierce also asked Church to look into allowing staff to retire sooner than planned under an early retirement program implemented years ago. Pierce said many employees close to retirement continue working in order to receive their medical benefits, but allowing them to retire early would be another cost-saving measure.

Church said the hiring freeze would not affect moving those services and hiring those employees because it will take place in the 2020-21 budget. Additionally, bringing employees in-house reduces the cost of the program as well.