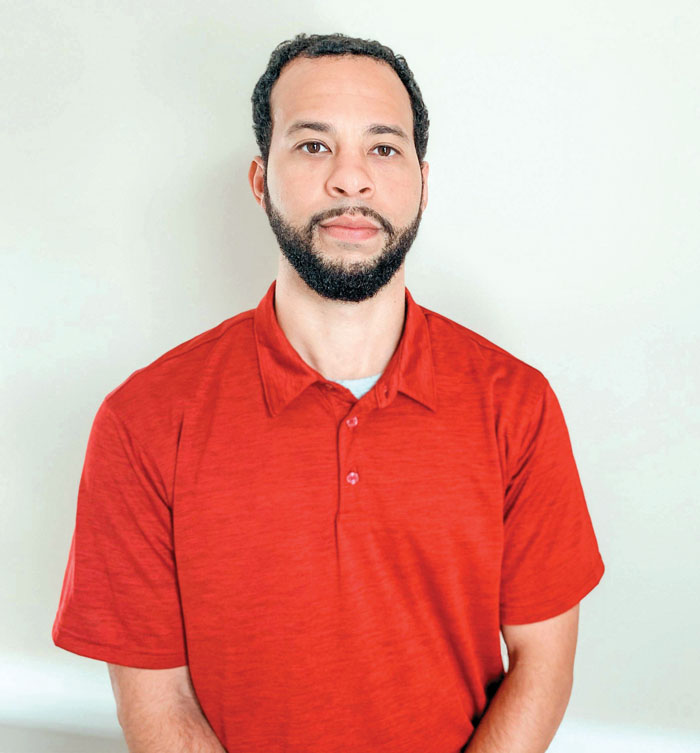 Porter resides in the northern part of Davidson County, near Oak Grove High School, but the commute won’t be as challenging as it sounds.

During the 2017-18 school year, Porter made a daily 50-minute ride to A.L. Brown where he’d been hired as head girls basketball coach. But he dealt with it, largely because it got his foot in the door. It was his first opportunity to coach a high school team.

The last two school years, he’s been the head coach of the Lexington Senior High girls. That was a 15-minute drive from his home.

While his daily journey to East will be considerably longer, there were attractions as far as coaching the East boys and working in Granite Quarry as a P.E. teacher.

“It will be my first time as a varsity boys coach, and that’s something I’ve been working for,” the 33-year-old Porter said. “I like that home-type feeling that you get at East. There’s a lot of community pride there, a lot of support for their athletic programs. I think it’s a very good job with a lot of potential. East reminds me of Starmount, where I went to high school.”

When Porter was growing up in the small Yadkin County town of Jonesville, Shaquille and Kobe’s Los Angeles Lakers and Tim Duncan’s San Antonio Spurs ruled the NBA, but Porter’s idols were point guards. His guys were New Jersey’s Jason Kidd and Sacramento’s Mike Bibby. That sometimes meant living with disappointment. Kidd steered the Nets to the finals in 2002, only to be swept by the Lakers. The Nets got back to the finals in 2003, only to be thumped by the Spurs.

Porter also didn’t follow the herd as far as his choice of college teams. He didn’t choose sides in the UNC/Duke rivalry. The Louisville Cardinals, who still were competing in Conference USA during his schools days, were his favorite squad.

Starmount was a 1A school, but it was strong athletically. His junior year, 2003, Porter made the clutch basket that beat Murphy in the sectional playoffs and put Starmount in the regional. His senior year, Porter missed a late 3-pointer when Starmount lost 83-80 in an epic game at Thomasville that advanced the Bulldogs to the regional. While he missed his last shot in his last high school game, Porter made six 3-pointers that night and scored 33 points.

Porter only stood 5-foot-11, but he was a standout high school player, team MVP as a senior, all-conference twice, and a member of the Winston-Salem Journal’s All-Northwest team.

He played some in college at Winston-Salem State. His impact on the court with the Rams wasn’t huge, but he learned a lot of basketball, gained a lot of experience at pracatice every day — and earned his degree.

“I was fortunate to have outstanding coaches in high school and AAU — men like Brian Robinson, Kent Phillips, Rosco Turner and Andre Gould,” Porter said. “And then I had Philip Stitt as my coach at Winston-Salem State. So I’ve got a strong background in basketball fundamentals. That’s where any program has to start. That’s what my coaching is based on.”

Porter watched East Rowan’s boys beat A.L. Brown twice during the 2017-18 school year when he was guiding the Wonders’ girls teams, so he is confident East’s boys can compete.

The last year of the four-year realignment period starts this fall. East will be back in the 3A North Piedmont Conference with West Rowan, Carson, Statesville, South Iredell and North Iredell for the 2020-21 school year, but East’s enrollment figures indicate a 2A conference is likely in the Mustangs’ future.

East basketball history dates back to the 1959-60 school year. The Mustangs have experienced many more losing seasons (44) than winning ones (16). East broke even once.

East’s boys program has enjoyed two major periods of prosperity. The first was a three-season stretch in the mid-1970s when East won back-to-back NPC championships and went 54-22 under coach Gilbert Sprinkle, who had players such as Kevin Abel, Stan Honeycutt and Rick Vanhoy. The 1974-75 Mustangs made it to the Western North Carolina High School Activities Association championhip game.

Coach Greg McKenzie got things rolling for four seasons in the 2000s with smallish but skilled teams. East didn’t win any regular-season championships in the McKenzie years, but it had several stout runner-up teams and won tournaments. East was 88-25 in a dynamic, four-year stretch (2005-08) that included a run to a 3A regional final in 2005. Competing in 4A in 2006, East won the Central Piedmont Conference Tournament.

It’s been a rough ride for East in the last decade. The last winning season (13-12) was in 2011-12. East placed third that year in the NPC, but hasn’t finished higher than fifth in the conference standings since then.

Last season was the most unusual. Coach Kurt Misenheimer resigned seven games into the season. Jayvee coach Eric Mulkey took the helm for two games before former head coach Trey Ledbetter agreed to return on an interim basis. Assistant coach Mark Lambert handled a couple of games when Ledbetter was out. That’s a tough season. To the players’ credit, effort didn’t stop. East was close a lot, but couldn’t win. The season ended with 14 straight losses. The bottom line was 2-23 and 0-10 in the NPC.

Porter has a reputation as a high-energy, high-effort guy who makes a positive impact beyond the court, and he comes into a decent hoops situation. East won’t be tall, but there’s a ton of experience in the rising senior class, and shooter Dylan Valley probably was the county’s top varsity freshman last season. Everyone who played significant minutes for the Mustangs in 2019-20 is eligible to return.

“We’ve got an experienced point guard, we’ve got shooters and we’ve got some very good athletes,” Porter said. “I know the NPC is tough, but we’re looking forward to competing against Coach (Mike) Gurley, Coach (Brian) Perry and the Iredell schools.”

Memories of the McKenzie days, the flurries of 3-pointers and the waves of East supporters in the bleachers, haven’t completely faded.

It’s a community that has proven it will go hog-wild anytime there’s a winning team to get behind. East’s girls, who won 20 basketball games in 2019-20, played in front of packed houses several times.

Porter has coached and taught at several levels. His coaching career began at Fall Creek Elementary School in the Yadkin County community of East Bend. From there he moved on to South Davidson Middle School. The next stop (from 2012-17) was Oak Grove Middle School. Porter has experience coaching football and softball, as well as basketball.

He gained valuable experience the last three seasons in underdog scenarios with the A.L. Brown and Lexington girls programs.

The first child (Ava) for Andrew and Brandi Porter arrived on July 30, 2019. The addition of his daughter was a life-changing experience. Now Porter is preparing for the next life-changer.