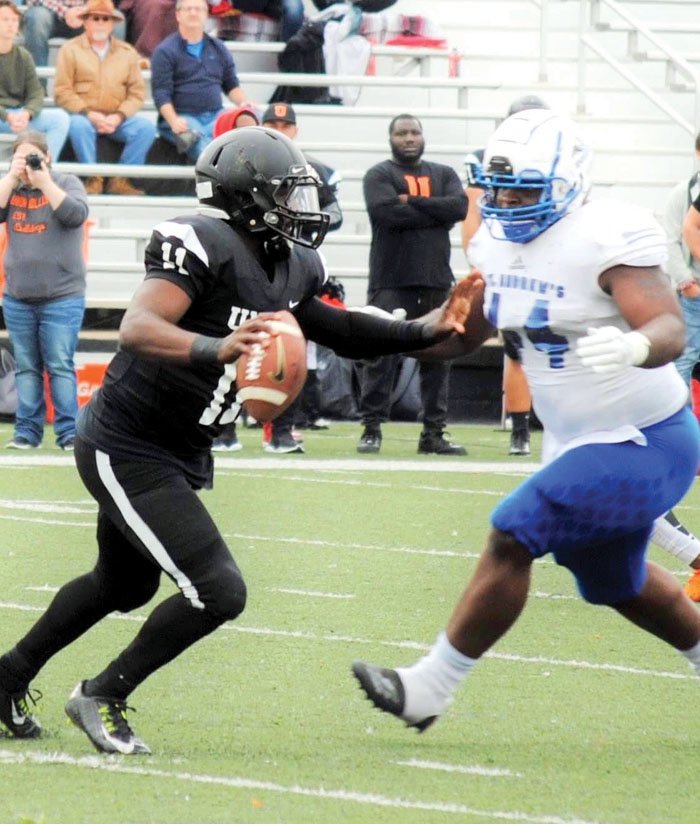 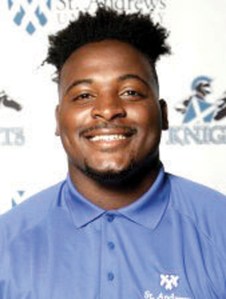 SALISBURY — They call it a redshirt year, but there’s nothing colorful about it.

Basically an athlete becomes invisible for a year, working his tail off in practice, the weight room, the film room, meetings and classes, but never seeing the field. The athlete doesn’t lose a year of eligibility while he redshirts, so the concept is simple. Coaches figure that any athlete is going to be a whole lot better as a 22-year-old fifth-year senior than he would be as a nervous 18-year-old true freshman, trying to adjust to stiffer academic challenges and life away from mom.

Devin Turner was a scary defensive lineman as a senior for West Rowan High in the fall of 2017. He played with a tough and physical style that produced 81 tackles, 29 tackles for loss, 5.5 sacks, 20 quarterback hurries, two forced fumbles and two blocked field goals. If he didn’t make the tackle, it was because he was commanding a double team and freeing a teammate to make the tackle.

Turner earned defensive player of the year honors for Rowan County and the North Piedmont Conference. The NPC honor was especially impressive, as South Iredell had a lineman (Chandler Medeiros) who signed with East Carolina and played in the Shrine Bowl.

St. Andrews, a small school in Laurinburg, N.C., coming off a 2-8 season, pulled off an upset by successfully recruiting Turner, who drew interest from D-II schools. One reason Turner chose St Andrews was his tour guide, Kacey Otto, a former West Rowan quarterback who already was at St. Andrews.

“Kacey showed me around, showed me where to go, introduced me to the players,” Turner said.

West Rowan head coach Joe Nixon said Turner was one of the best players he’d ever coached, so no one expected Turner to redshirt when he headed to St. Andrews. St. Andrews only started playing football in 2017 and competes in NAIA against schools most fans have never heard of — schools with exotic names such as Ave Maria, Reinhardt, Point and Cincinnati Christian.

But the jump from high school to college, even to a small college, is still a jump.

“I got redshirted my first year at St. Andrews,” Turner said. “My coaches convinced me it was for the best, but I didn’t like it much.”

So Turner didn’t play in any games for the Knights in 2018. That doesn’t mean he sat around, but some people forgot about him. Redshirt years are hard to swallow for people who were high school stars. But they’re not uncommon. Even West Rowan’s record-breaking K.P. Parks redshirted at Virginia.

“I worked hard, practiced hard, learned all I could and improved during that redshirt year,” Turner said. “I got better in the weight room and in the classroom. Looking back, it was the right move. I wasn’t ready.”

But he was ready in 2019. His redshirt freshman season proved to be a solid one. One of his goals when he headed to St. Andrews was to be a four-year starter. If he stays healthy, that’s going to happen. It’s just going to happen a little later than his original plan.

“The opposing coaches didn’t know me when the 2019 season started, so I made an impact really quick,” Turner said. “Our first game, I got my first college sack. College football is a lot different than high school, but that sack let me know I was headed in the right direction.”

He figures his best game of the season was against Kentucky Christian when he had six tackles, four quarterback hurries and a forced fumble in an exciting 49-42 victory. St. Andrews pulled that one out with 29 seconds left on a touchdown pass by Otto.

For the season, Turner was in on 40 tackles, with six tackles for loss and 2.5 sacks. He was named second team all-conference.

Turner is doing well in the classroom and hopes to become an athletic trainer. That was another of his goals when he headed to St. Andrews. He wants to stay involved in sports after his playing days are over.

Thanks to that redshirt year, he’s still got three productive on-the-field seasons ahead of him.

The 6-foot, 270-pounder is back home now, preparing for what he hopes will be a normal, virus-free sophomore football season.

He’s working while he waits for the return of football.  His job is unloading pallets at Lowe’s in Salisbury —  probably a record number of pallets and probably in record time.

He likes work. He likes grinding.

“I get up every day at 7 and run,” Turner said. “I’m doing jumping jacks and push-ups when I’m not working. I want to be an All-American.”