“We’re excited about connecting the past and the present of Catawba back at the Frock (Field),” said coach Nick Brown, who has guided the program to the regionals the last two seasons.

Where did it all start?

It began with Tom Ferland, a young coach in his 20s. Ferland would die young, but his passion for the beautiful game would inspire those who played for him.

Ferland’s first two recruits would form the cornerstones of a program — New York’s Kim Heberle, who is now Kim Cooke Morton, and Pennsylvania’s Katie DeVitto, who is now Katherine O’Connor.

Both athletes justified Ferland’s faith in them as Catawba’s first all-conference performers on the field.

Beyond that, their experiences with the building process of those first Catawba teams proved instrumental in making them leaders for life. Both earned master’s and doctoral degrees. Both have enjoyed tremendous careers in education. In the small-world category, both are married to men who were standouts for Catawba soccer. 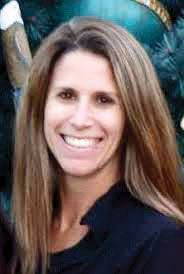 “I am who I am now because of Coach Ferland, because of Catawba soccer, because of my degree from Catawba,” Morton said. “I haven’t talked to Katie (DeVitto) in quite a while, but we’ll always have a special bond shared by just the two of us. We were the first to play all four years for Catawba.”

The announcement was made in December of 1989 that Catawba would debut in women’s soccer in the fall of 1990. That announcement was not a shock. Soccer was in a boom period. Catawba’s men’s teams were thriving. When Catawba’s men hosted UNC in 1986, 1,000 fans had flocked to Frock Field. Rival schools were getting women’s programs started. Catawba was determined not to be left out.

Ferland, a native of upstate New York, had starred at sweeper for Catawba in the 1984-85 seasons after transferring from Indiana. In 1989, he was serving as the assistant coach for Catawba’s men’s team and the director of the school’s intramural program. Then women’s soccer was added to his list of duties.

Ferland headed north to recruit. Northern girls had been playing for years, but girls soccer was still in its early stages in North Carolina. The first NCHSAA girls championship game had been played in 1986. 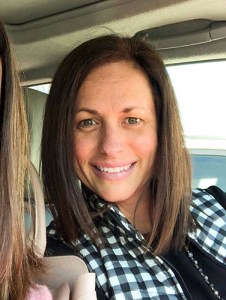 Heberle grew up in Rochester, about 10 miles from Ferland’s hometown of Webster, N.Y.  Ferland met her at the frozen yogurt chain store where Heberle worked part-time and made his recruiting pitch. Heberle had never heard of Catawba until Ferland started recruiting her. She jokes that it took her a few tries to pronounce the name of the school properly.

But when Ferland showed Heberle brochures depicting green grass, leafy trees and a scenic campus, she was sold. There were two feet of snow on the ground in Rochester, so it wasn’t hard to convince Heberle to fly to North Carolina to take a look at a small school.

“It was mid-February when I visited Catawba and I remember walking around in shorts and a T-shirt,” she said. “Then I got to see Frock Field for the first time. Beautiful. It looked like a field of dreams to me. I was sold.”

The first official match for the fledgling program occurred on Sept. 10, 1990. Ferland had scheduled a confidence-builder at Frock Field against Limestone.

Catawba out-shot Limestone 42-2 and romped, 9-0. Suzanne Friend, a sophomore from New Jersey, scored the first goal in Catawba history and added two more before it was over. Heberle had two goals and three assists. DeVitto had three assists. Amy Overcash, a Kannapolis native, scored twice.

That was the good news. The bad news was Catawba would score only five goals the rest of the season.

Catawba’s second match, 12 days after leveling Limestone, was a 10-0 loss at Methodist that was humbling. Catawba was out-shot, 23-1. It could’ve been a lot worse. Catawba’s original goalkeeper, Nikki Thristino, who also was a good softball player for the Indians, made 15 saves.

For the season, the Indians were outscored, 48-14. They went 3-8, but the foundation was in place.

“Coach Ferland was the best coach I ever had and he had a vision for what the program could become,” Heberle said. “My memories from that first year are mostly just trying to run around all over the place, but whether the score was 3-0, 4-0 or 5-0, we never stopped striving to win. That first year we had a very wide range of skill levels on our team, but I had good teammates. We knew we were building for the future.”

That first year, DeVitto was an All-South Atlantic Conference first team midfielder, while Heberle was a second team All-SAC forward.

Ferland recruited 12 players for the 1991 season, including talented scorers Danielle Figueroa and Jan Johnson, who would be named SAC Freshman of the Year. Allison Ankerson, the Indians’ first dominant defender, also came on board in 1991. She would named to four straight All-America teams and would be SAC Player of the Year in 1994.

Johnson scored a dozen goals in 1991 as Catawba’s fortunes swung dramatically. Catawba went 9-5-1 overall in that second season. Ferland was honored as SAC Coach of the Year.

“We basically had a whole new team that second year,” Heberle said. “Catawba’s men’s team was amazing, such a powerhouse. Their success was a big draw as far as recruiting players for the women’s team. We felt like if the the men could do it, so could we.”

Ferland announced he was leaving Catawba in December of 1991 to attend graduate school at East Carolina.

He would die in 1994, at age 32, after a battle with cancer. But before his death, the program he started would win its first championships. Ferland was inducted into the Catawba Sports Hall of Fame in 2005.

The 1993 season, as Catawba made the transition from NAIA to NCAA Division II, would bring the first championships to Frock Field, as Martinelli coached the Indians to a 14-3-1 record. Catawba outscored opponents that year, 52-11. That team had added the final piece to the puzzle, freshman goalkeeper Scherrie Dalton. She is still the all-time saves leader for the Indians.

In late October, on the final day of the regular season, Catawba edged Carson-Newman, 2-1, with Figueroa scoring both goals. That victory game Catawba a tie for first place in the SAC with Elon. Both teams were 6-1. Elon had beaten the Indians, 2-1, in mid-October.

Heberle was injured in the SAC tournament semifinal against Presbyterian. Without her, Catawba’s offense struggled for almost all of the championship game against Elon. The Indians trailed 2-0 with 10 minutes left when Martinelli moved Ankerson to an offensive role. Ankerson’s passes led to late goals by Crystal Harper and Figueroa, who scored the equalizer on a penalty kick with 52 seconds left in regulation. Then Figueroa tapped in a rebound for the deciding goal in overtime. She was named tournament MVP.

But Catawba didn’t get to play past the tournament. Only six of 79 D-II schools played in the national tournament then, and the Indians didn’t get an invitation.

Catawba’s women would play in a regional setting for the first time in 1997 under coach Kevin Dempsey — and they would win it. Dempsey was 80-46-7 in seven seasons, with five championships. Catey Connor, Catawba’s all-time leading goal scorer with 59, played for Dempsey.

John Cullen followed Dempsey as head coach and posted a 113-33-16 record in his eight seasons, with three championships.

It all started with Ferland and with Heberle, DeVitto and their 1990 teammates.

DeVitto married Colin O’Connor, who an All-SAC defender for Catawba’s men in 1990. She earned master’s and doctorate degrees in education at the University of North Carolina. She spent years at East Carolina University and is in East Carolina’s Educators Hall of Fame. Her current job is vice chancellor for academic programs at the North Carolina School of Science and Math in Durham, one of the state’s more prestigious academic schools.

Heberle still ranks fifth in career goals at Catawba with 31.

She began her teaching career in health and physical education in Rowan County. She was Enochville Elementary School’s  Teacher of the Year in 1996.

After three years in Rowan, Heberle taught in Union County for 18 years. She got married to Court Cooke. As Kim Cooke, she was Teacher of the Year for Union County schools in 2005.

She now holds advanced degrees (master’s from UNC Charlotte and doctorate from Wingate) and is employed as a health and physical education specialist for Charlotte-Mecklenburg Schools. She’s considered an innovator and one of the state’s top authorities when it comes to health education curriculum.

“With the coronavirus, it’s more important than ever for students to have a plan to stay active and keep moving,” she said.

Morton remains energetic. She’s been an avid runner since she left soccer behind. Among other accomplishments, she’s finished the Boston Marathon.

“I’ve always been a very competitive person,” she said. “I wasn’t the best player Catawba had, but I was one of the most competitive. When I decided I wanted to run the Boston Marathon, they told me that you have qualify to run Boston. So I did what I needed to do to qualify.”

As her journey continued, she got divorced. Her second husband is Craig Morton, who was a Catawba soccer All-American in 1991. That’s the year he set a Catawba record for goals in a season (21 in 25 games) that still stands. His 45 career goals are tied for second all-time for the program. She and Morton knew each other at Catawba and reconnected after many years.

Morton is proud of her teenage daughter, Cora Cooke, a Myers Park student in the Class of 2021 and a running phenom.

“Cora will run in Division I,” Morton said. “She says to me all the time, ‘Oh, mom, I can’t believe you went to a little Division II school.’ But that Division II school changed my life. We got Catawba women’s soccer started, and then we passed the baton on to the next group. I’ll always be proud of that legacy.”

In 2013, when Michael Swan was the head coach, Juliana Conte scored the 1,000th goal in Catawba women’s soccer history.

Brown’s first year as head coach was 2015. The 2019 season as the first time Catawba’s advanced to regional play in back-to-back seasons.

Brown is proud of the tradition and the history. He’s aware of his responsibility to keep Catawba’s women’s soccer on course in challenging times.

“We talk to our players all the time about the importance of our soccer tradition,” Brown said. “We talk about doing it for the person that wore the jersey before you. We talk about leaving that jersey in a better place than when you found it.”