An Iredell man is facing sex offense charges after he solicited sex from an undercover officer who he believed was a 15-year-old girl. 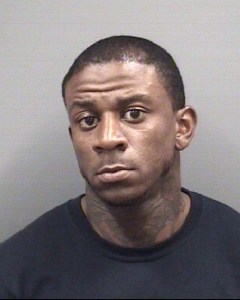 The Rowan County Sheriff’s Office charged Niklaus Siggers, 30, of Mooresville, with solicitation of a child by computer, solicitation of minor for prostitution, disseminating obscene material and possession of marijuana and drug paraphernalia.

Siggers had contacted the undercover officer through Facebook who was posing as a girl.

Siggers sent sexually explicit images of himself, videos, and it was arranged for him to pay the juvenile $200 for sexual acts, Moose said.

Siggers agreed to meet at a location in Rowan County. When the suspect arrived, a takedown was conducted at the meeting location and Rowan County sheriff’s detectives arrested Siggers.

Detectives seized marijuana and the money Siggers was going to use to pay for the “girl.”

He was issued $50,000 secured bond and placed in the Rowan County Detention Center.